Professor Jörg Müller-Lietzkow off to good start in new office

New digitisation projects, a co-operation with the U.N. after first 100 days as president of HCU
13 November 2019 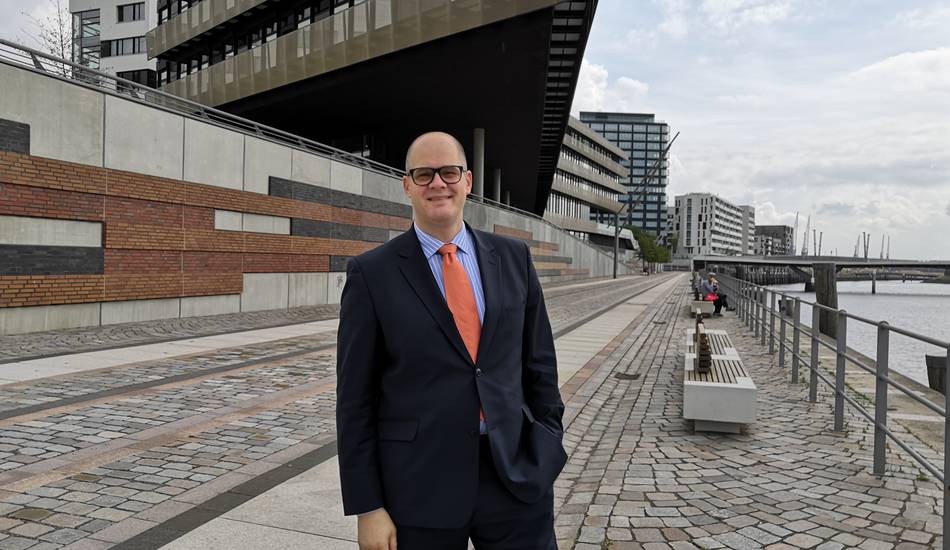 HafenCity University (HCU) has sealed a U.N. project for Hamburg as well as a grant of EUR 10 million for a 5G project to be led by HCU. The events mark a great start for Professor Dr. Jörg Müller-Lietzkow in his new office as university president.

Müller-Lietzkow took office as president of HCU on July 1, 2019. Barely three months later, representatives of the United Nations and the German Federal Foreign Office signed a “Letter of Intent” opening a U.N. Technology Innovation Lab Germany at HCU. Now, Hamburg is set to become the world’s first city in which research into the U.N.‘s eleventh Sustainable Development Goal of “Sustainable Cities and Communities” is conducted. “I do not deserve credit for that. But Professor Gesa Ziemer, Vice President of Research and Director of the CityScienceLab at HCU as well as former President Dr. Walter Pelka and Chancellor Stephanie Egerland certainly do,” Müller-Lietzkow stressed. Ziemer has raised the visibility of the CityScienceLab considerably through the successful FindingPlaces project and introduced UNTIL. “I was only allowed to hold the signing ceremony in my new role as president,” Müller-Lietzkow remarked.

Müller-Lietzkow was appointed University Professor of Economics and Digitization at HCU on July 1, 2019 allowing him to remain active in both research and as president. Together with Harald Sternberg, Vice President for Education, he initiated the “Level 5 Indoor Navigation” project. Andreas Scheuer, German Minister of Transport and Digital Infrastructure, presented a funding decision worth EUR 10 million on September 16, 2019. The three-year project will use 5G solutions to develop navigation using mobile phones in closed rooms with real-time updates. The aim is to reach regions without any GPS signals at present. “Reinforced concrete often looks like a Faraday cage. We will now develop a universal solution that allows for a mix of indoor and outdoor navigation,” said Müller-Lietzkow. The goal is to navigate from building to building and from room to room on campus or e.g. on hospital grounds. The funds will go towards a basic version of the software. “We also plan to produce a chip with a partner – in other words, to go into hardware development so that we can send an even better signal without having to change the mobile phones.”

Müller-Lietzkow expressed satfiscation with the prestigious projects for several reasons. On the one hand, they pay tribute to the university’s academic quality. On the other hand, they are a sign of departure to even more digitisation projects at HCU, one of two focal areas that Müller-Lietzkow has earmarked along with climate issues for his first term in office. Collaborative projects strengthen the university and both lecturers and students. “We have exceptionally talented people at HCU who would like to become involved, but who of course all have their own wishes, dreams and ideas.” One of his main tasks as president is to listen to everyone and to foster a new culture of mutual respect. Joint efforts are needed to augment the university’s reputation. Founded in 2006, HCU is still quite new and with 2,400 students is basically still under development. “We match the HafenCity landscape with its many building sites,” Mueller Lietzkow grinned.

Future of construction in urban spaces

HCU’s specialisation in architecture and metropolitan development is unique in Germany, Müller-Lietzkow believes. “Research is being carried out here into the future of building in urban spaces. The goal is to focus on digitization and climate issues. The latter has become an integral part of the present debate. “HCU is developing solutions that account for sustainable materials, the reduction of CO2 emissions and sealing the Earth’s surface, as well as people’s standard of living. The same applies to mobility. Müller-Lietzkow has come out in favour of a mix of ecologically balanced transport offers and more support for e-mobility, bicycle strategies, public transport that takes account of both people’s living conditions and their financial means.

Digitization is particularly important to Müller-Lietzkow, whose research focuses on the digital economy, smart cities, start-ups in the digital sector, games and digital humanities. Last September saw him appointed to the German Bundestag’s Study Commission on Artificial Intelligence Social Responsibility and Economic, Social and Ecological Potential. “AI is a key technology whose significance is comparable to that of the Internet protocol language HTML. It can be used in many different ways to improve the quality of life,” he noted. AI can make a fundamental contribution to solving many ecological and medical problems, as well as investigating any wrong decisions and, if necessary, help correct them.

However, AI can be ambivalent. “Basically, AI involves complex statistics on a high level – and yet a person’s gut feeling is still superior in certain situations.” Müller-Lietzkow has come out in favour of appointing a “Chief Data Scientist in Smart Cities” to supplement Hamburg’s CIO. If algorithms, for instance, help reach decisions, a CDS could ensure that decisions are made for the common goodand that results are handled carefully and that people’s freedom is preserved. “Nothing would be worse than a form of social scoring and total surveillance like in China. Technologies that help people lead better lives in peace and freedom are the key to success.”
ys/sb/pb 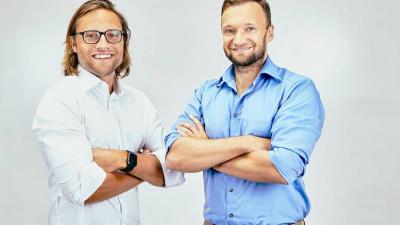 Koala app to speed up shopping

Contactless payment has become almost a magic word in the corona era. The limit for such a payment without a pin was...
Innovation 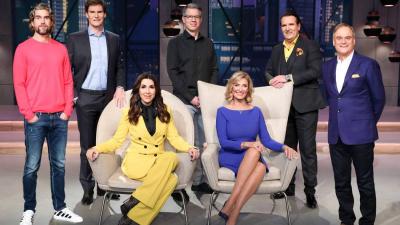 More than two million viewers tuned into the final episode of VOX TV’s “The Lion’s Den” show for founders on Tuesday...
Founders 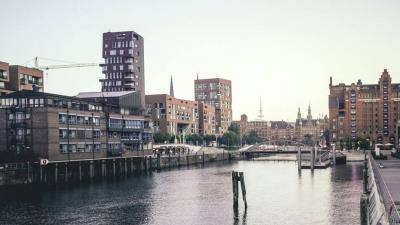 The senate and IFB Hamburg are setting up an aid programme from Monday (April 20, 2020) for innovative, growth...
Start-ups 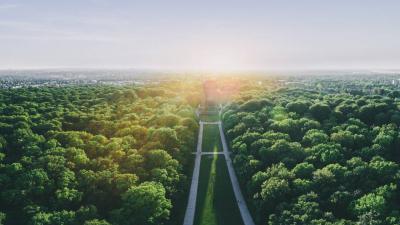 More and more start-ups keen to save the world