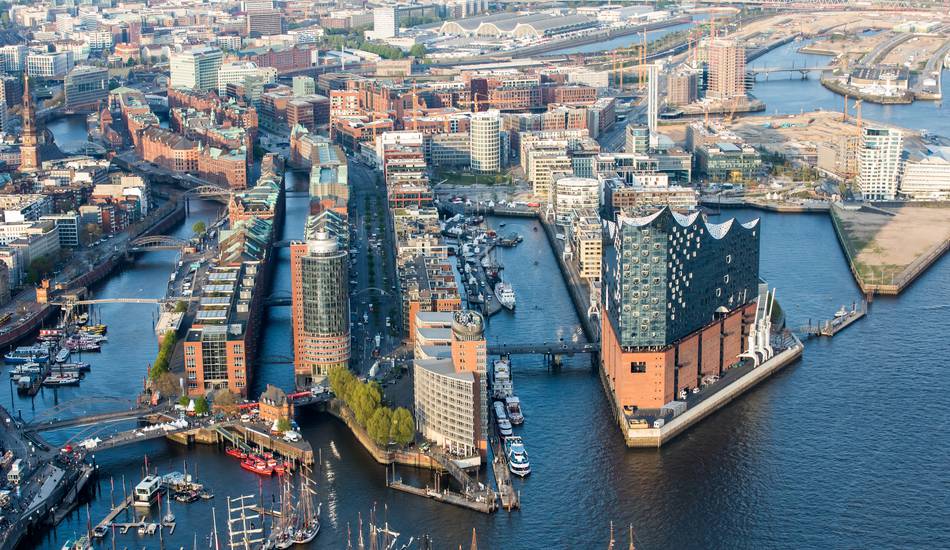 Hamburg Tourismus GmbH (HHT) has launched a new day tourism campaign highlighting the diversity of Hamburg and outer districts such as Bergedorf, Harburg and Blankenese. The aim is to point out attractions other than the Elphilharmonie, harbour and Reeperbahn, which are often the focal points for tourists.

“Hamburg is not only extremely international, it is also dynamic, diverse and full of exciting contrasts,” said Michael Otremba, Managing Director of Hamburg Tourismus GmbH. The city’s image is characterised by elegant villas along Lake Alster that contrast with the harbour. The same applies to culture and cuisine. Have a pizza for lunch and enjoy award-cuisine in the evening. The international music scene can easily be found during the Reeperbahn Festival as well as world-famous classical music stars at the Elbphilharmonie. Art lovers can explore young and upcoming artists in a hip gallery and view the old masters in the Kunsthalle, which is celebrating its 150th anniversary this year.

The Hamburg DOM is one of the permanent fixtures in the calendar and is particularly popular among day tourists from the Hamburg Metropolitan Region. The DOM has been held at the Heiligengeistfeld fairground in downtown Hamburg since 1892. The thrice-annual DOM (spring, summer and winter) is Germany’s biggest and longest fair and attracts approximately 10 million visitors per year. This year’s winter edition gets underway from November 8 to December 8. Hamburg’s Christmas markets are also hugely popular and will be kick-started by the Wandsbeker Winterzauber on November 1, 2019. The winter village attracts around 120,000 visitors every year and has a skating rink and alpine huts.

14 per cent of urban area is green and recreational area

The city of Hamburg has the most verdant spaces in Germany with 14 per cent devoted to parks and recreational areas with the Alster, Elbe and Bille rivers. Hire a StadtRad to explore the city and travel along 400 kilometres of cycle paths. Visitors can also hop on a suburban train or underground with 250 kilometres of railway tracks. Getting from one part of the city to another is easy whether you wish to travel from Bergedorfer Schloss to the Blankenesener Treppenviertel with its 5,000 steps or elsewhere.

The former fishing village with its small houses along the Elbe River exudes a tranquil atmosphere and is also a popular among day tourists out on shopping sprees. This diversity can also be found in Blankenese with the Waseberg (87 metres) and the Süllberg (72 metres) hills. Climb to the top of Süllberg for fantastic views of the Harburg mountains, the original Elbe valley, container ships and the Airbus site in Finkenwerder. From November, the gourmet chef Karlheinz Hauser will throw open the doors of his delightful Almhütte restaurant for fine dining.
ys/pb