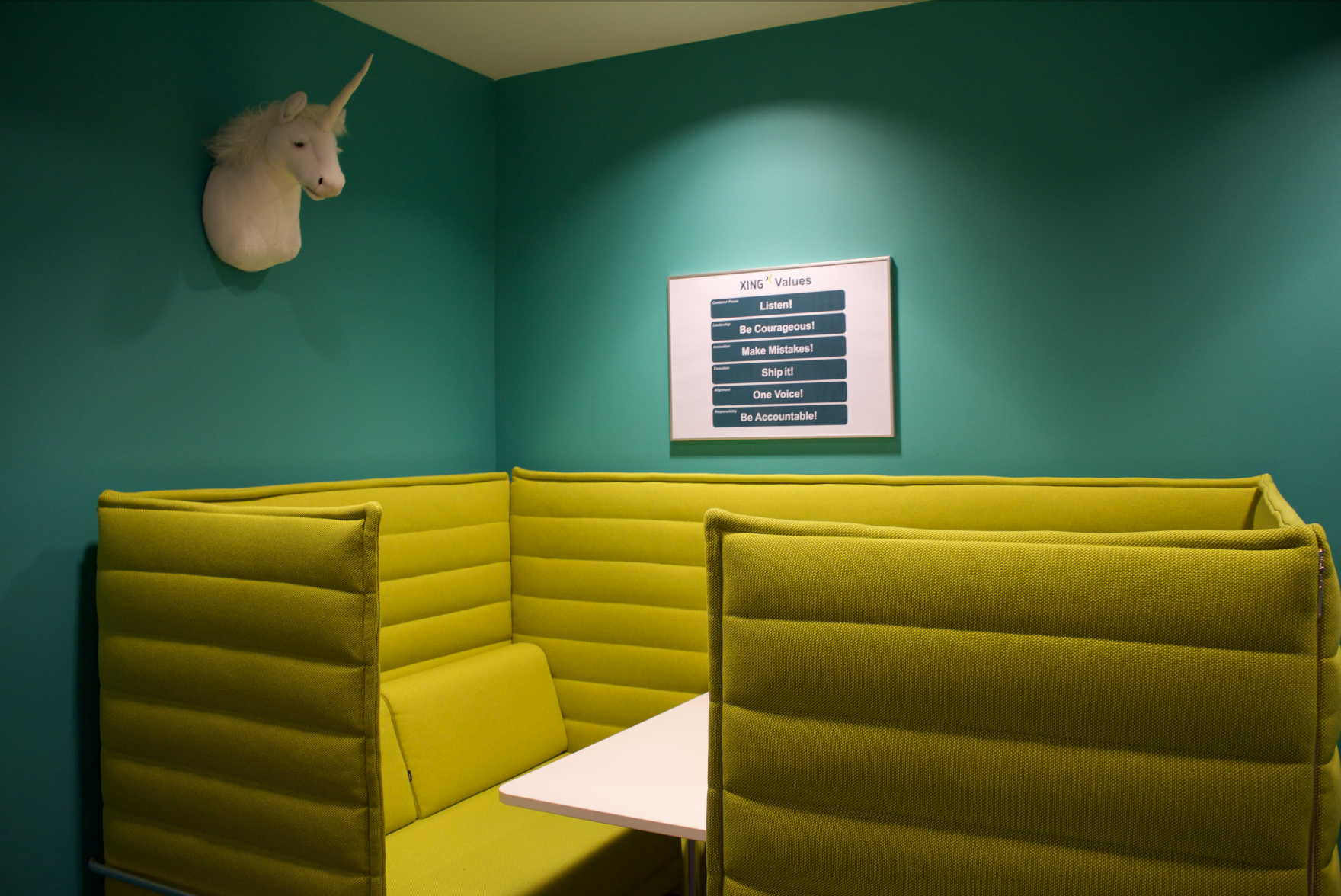 Visitors to Xing SE’s headquarters in Hamburg’s Dammtorstrasse may quickly lose their way amid all the nooks and crannies in the building. This may reflect the career network’s soaring growth across the German-language region. “Everything began when we broke through to the next building,” said a grinning Frank Legeland, Team Lead PR at Xing. Meanwhile, the building houses around 600 employees on three floors. And regardless of whether prototyping days or hack weeks are being held or weekly staff surveys are being carried out, a special culture of innovation and transparency is vibrant at Xing. Hamburg News took a closer look at Xing’s headquarters as part of the “New Work“ series.

“Every new employee takes part in a so-called value workshop as part of the onboarding process. Together, the co-workers focus on corporate values and draw up an analysis of strengths and weaknesses,” said Legeland and points to a big list of values on the wall with a caption underneath reading “Make Mistakes”. Legeland explained: “Allow yourself to make mistakes. Ideas have to be tried out, even if they don’t work.” The prototyping days allow plenty of time for errors and regularly lead to a three-day emergency at Xing when small teams of employees zone in on their ideas for projects. This has helped target universities and students, who are not often members of Xing, and develop the first products. Prizes are awarded for the best ideas. “Our employees value being able to contribute and develop their own ideas at work,” he added.

Dr. Max Neufeind, a Berlin-based new work expert, is also in favour of such a culture of innovation and noted: “The cultural and technological development of our society has become intertwined. Original achievements by staff in the era of artificial intelligence are increasingly important. Just following orders is not enough. Employees must want and be able to contribute fully – with their personalities, intuition, empathy and creativity.” On social days, staff at Xing have an opportunity to do social work and give something back to society. In the past, they have come up with an app that shows where sellers of “Hinz&Kunz” magazine for homeless people in Hamburg can be found.

During regular hack weeks, staff can work on projects of their choice, which has given rise to a location app that helps people find their way around headquarters. During “FaiLabrations, staff can also entertain each other with stories about things that did not work. Even Thomas Vollmoeller, Managing Director, has told a story there.

Transparency is a top priority at Xing apart from benefits such as restaurant coupons instead of a canteen, table kicker games, a rooftop terrace, indoor cafés including a flat rate for fruit and extensive sport offers and showers. “Every Friday at 12 noon, the company comes together – personally and virtually – for a meeting moderated by our CEO,” said Legeland. All the employees in Hamburg, staff working in home offices as well as all those in Munich, Vienna, Barcelona and Porto attend the meeting. New employees introduce themselves and key results of the weekly staff survey are discussed. Legeland noted: “Issues that are important to staff form a key component of our corporate culture and must be transparent. That’s the only way to start a target-oriented dialogue.” The “Mood-O-Meter“ tool lets staff comment on internal corporate offers and their own performances. Other colleagues evaluate the statements and a weekly list of the top six comments is drawn up.

Xing does not simply enact the new work philosophy and instead offers room for all the changes heralded by digital transformation. Since 2012, the company has presented the “New Work Award” to role models whose innovative concepts of work have taken on beacon functions in the German-language region. In 2017, this led to a new event called the “New Work Experience” i.e. the “largest exchange platform for New Work”. The event will be held on March 6, 2018 in the Elbphilharmonie and in HafenCity.
pb

Founded in 2003 by Lars Hinrich as the Open Business Club (OBC), Xing SE is a Hamburg-based social network for professionals in the German-language region. The job search engine, Jobbörse.com, became part of the company’s portfolio in early 2015. Xing had earlier boosted its position in the social recruiting sector by buying kununu, a platform for employer reviews in the German-language region. Xing has been a publicly-listed company since 2006 and in the TecDAX since September 2011. The company has around 800 employees in Hamburg Munich, Aschaffenburg, Vienna and Barcelona. The network has around 13 million members in the German-language region including 1 million in Switzerland and Austria respectively. Professionals account for 45 per cent, managers 19 per cent, directors/heads of divisions 18 per cent and managing directors 12 per cent. Around 27 per cent of users work in IT and the financial and trade sector, 19 per cent in industry and 17 per cent in the service sector. 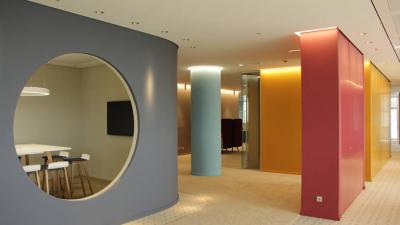 Nothing has been left to chance at Otto GmbH & Co. KG’s co-working space in Bramfeld. The campus has food trucks...
SERIES: New Work 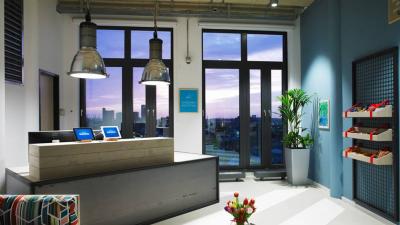 Although Facebook’s headquarters in Hamburg are slightly hard to find, everything fits the picture on discovery. The...
New Work 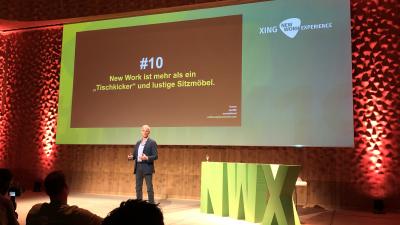 The New Work Experience (NWX19), hosted by Xing, attracted around 1,800 delegates to the Elbphilharmonie in March. Some...
SERIES: New Work 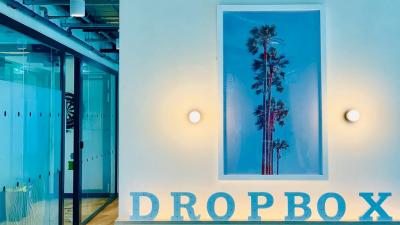 Dropbox and the New Work-cupcake link

Drew Houston, a U.S. computer science student was about to travel from Boston to New York in 2006. On his arrival at the...