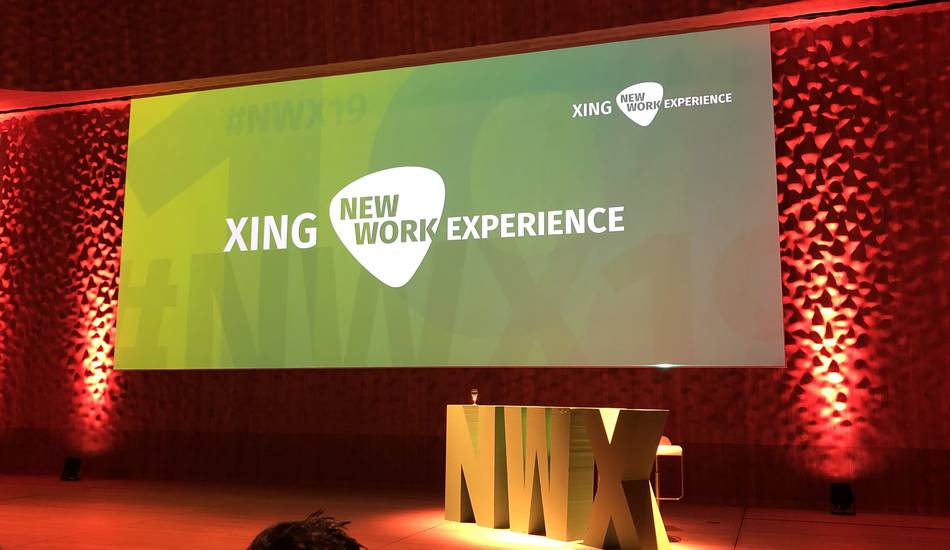 New Work is the theme on everyone’s lips. Digitalization, skills shortage and cultural change are changing the world of work completely. New working concepts and leadership methods are needed, while at the same time flexibility and diversity are becoming increasingly important. This is how the New Work Experience (NWX19), which was held on March 7 in the Elbphilharmonie, presented itself once more as an Event of Superlatives – with more than 1,800 participants, 50 speakers and 40 presentations and workshops. The NWX – arranged by the Hamburg-based business network Xing – is the largest German-language Conference for New Working held under the motto: Make it work!

Speakers provide impulses for a new and improved world of work

Continuing interest in the New Work theme was again reflected in the third edition of the NWX: Fifty national and international New Work pioneers and implementers presented their ideas on seven stages – including the halls of the Elbphilharmonie, the Hotel Westin meeting rooms, a launch and a floating home.

An informal approach was laid down right at the start at the initial event in the large hall. Then things became scientific: Gerald Hüther, one of Germany’s best-known brain researchers, came on stage to express optimism regarding the cultural shift in the world of work: “If we choose, we can continue to evolve at any time,” he said. A lot of fresh thinking is required: “People are looking for a new kind of ordering principle that is no longer called a hierarchy, but nevertheless ensures that people can work in collaboration,” Hüther continued.

A keynote address from the Belgian New Work pioneer and business consultant Frédéric Lalouxfollowed. He is convinced that companies must be transformed, and hierarchies broken down. “Tens of thousands of employees can be guided without a hierarchy. I know that it works,” Laloux explained. The panel led by Michael Trautmann, cofounder and chairman of the Thjnk agency group and of the Sportmarketing agency Upsolut Sports, provided another highlight. He presented items from his more than 100 Podcast episodes in the small hall: ‘On the way to New Work’ the ’10 Lessons from a Journey that has only just Begun’.

What are the innovative approaches in companies to make the world of work more flexible? How can we rethink work? Questions like these determined the quest for the new workers, teams and companies that will enrich tomorrow’s world of work. For the first time, awards were made to teams that are breaking down traditional working structures in companies using new ideas. More than 200 entries came in this year for the New Work Award, a record according to Xing. The winner was chosen later in the afternoon: The Hochbahn Transition Team received the award for its agile mindset. Dalia Das, founder of the coding bootcamp Neue Fische (New Fish), walked off with the prize in the category New Worker. Next year’s NWX will be held on June 10 – in the Elbphilharmonie once more.
rm

Xing SE, founded by Lars Hinrichs in 2003 under the name OpenBC (Open Business Club), provides a platform for German-language business networks. The online career network is offering its service against the backdrop of a skills shortage, digitalization and changing values. The company provides information on its platform nwx.xing.com concerning shifts in the world of work. The headquarters of the listed company has been in Hamburg since 2006. Xing currently has some 15.3 million members in the German-language area, including around a million each in Switzerland and Austria. (Details: Xing SE)