Senate presents climate plan with measures for next ten years 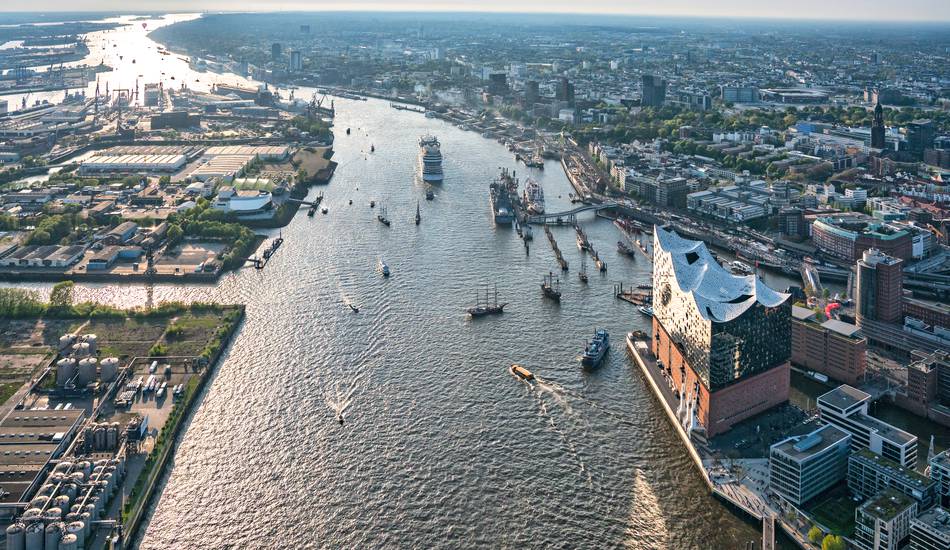 The senate presented Tuesday (December 3, 2019) its continued climate plan and a new climate protection law for achieving Hamburg’s climate goals. CO2 emissions are to be cut 55 per cent by 2030 and the city is to become climate neutral by 2050. To this end, individual CO2 reduction targets have been developed for transport, private households, commerce, services, industry and trade. The climate plan contains concrete measures that should lead to the required reduction of CO2 emissions by 2030. The draft of the new climate protection law has created a binding legal framework.

“Hamburg has achieved a great deal in climate protection since 2011. We are renovating schools and public buildings, focusing on zero-emission public transport, investing in onshore electricity in the port and using coal for district heating,” said Dr. Peter Tschentscher, Mayor of Hamburg. CO2 emissions in Hamburg have been cut by an average of more than 400,000 t CO2 per year since 2012. “We will certainly achieve the 55 per cent climate protection target for 2030 and presumably even exceed it. As a modern city and a major industrial location in Germany, Hamburg is thus making an important contribution to compliance with the Paris Climate Protection Agreement. “The regulation is the most demanding and far-reaching climate protection law in Germany and the city is breaking new legal ground in part,” said Jens Kerstan, Senator for the Environment. Hamburg is to become climate-neutral by 2050 at the latest.

The new climate plan outlines CO2 reduction targets in transport, private households, trade, services and industry. The measures are to be reviewed annually in terms of implementation and success, which will be communicated to the public every two years. The climate plan is to be adapted every four years at the latest. Hamburg is aiming to slash CO2 emissions to 9.3 million tonnes by 2030 over levels of 20.7 million tonnes recorded in 1990. In 2017, CO2 emissions amounted to around 16.4 million tonnes.

The senate also plans to introduce energy standards for buildings and expand public transport and bicycle traffic. Climate protection projects and on-site consultations for companies are to be promoted. The state administration and its fleet of vehicles are to become climate neutral by 2030. The plans also foresee targets for sustainable and low-emission mobility ranging from the support programme for cargo bikes to the expansion of onshore energy for container ships and cruise ships to car-free inner-city zones. A climate council consisting of scientists will advise the senate.

The senate is anchoring climate targets in constitutional law via the draft. Thus, the limitation of global warming as a state goal has now been enshrined in Hamburg’s State Constitution. The draft law contains 31 paragraphs. A two-thirds majority is needed in Hamburg’s parliament for the constitutional amendment to pass. Funds of EUR 2 billion are needed to implement the measures by 2030, according to current estimates. Plans for some measures are already being forged or are the responsibility of partners in commerce and industry. German states and municipalities require more funds from the German government to implement the climate targets.