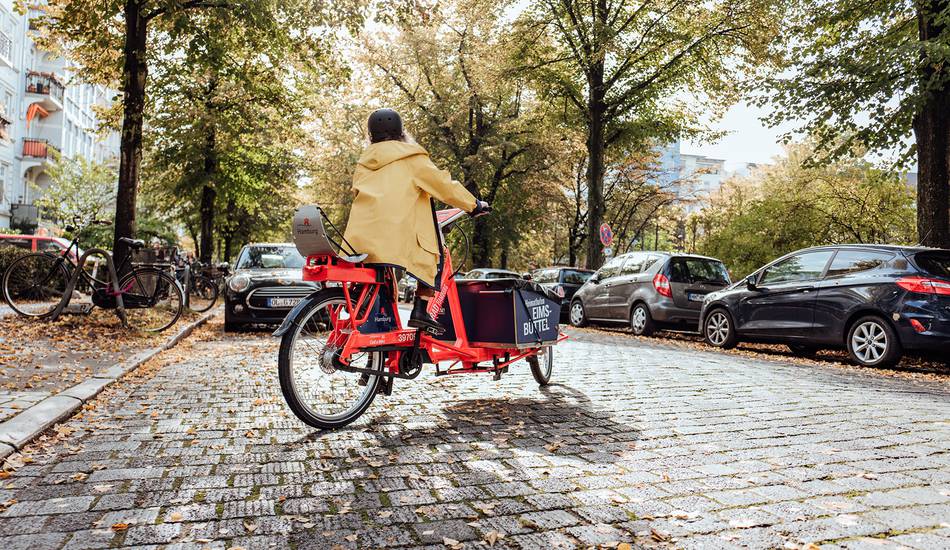 Hamburg’s cycling infrastructure is set for yet another boost and will be combined with high-quality services, if Kirstin Pfaue, Cycling Co-ordinator has her way. Commenting on the developments hitherto, she noted: “Cycling routes and other cycle traffic facilities are being expanded, feasibility studies are being carried out for cycle expressways to commute from the Hamburg Metropolitan Region.”

The number of Bike+Ride Stations is also growing and around 1,200 parking spaces are added every year. Around EUR 30 million have been earmarked for some 28,000 parking spaces to be set up by 2025. Around 280 kilometres will be added to Hamburg’s network of bicycle routes by next year. At present 14 bicycle routes make daily bicycle use faster and more convenient. Twelve star-shaped routes extending from the Rathausmarkt link up outer districts with the city centre. Two ring roads link up residential areas in the inner-city and suburbs. Another section of the Veloroute 5 in the Pergolenviertel was completed in August, and construction work on Veloroute 7 began in October. An app is available on desktops and mobile phones for navigating the route.

The Bicycle Monitor Germany 2019 has ranked Hamburg third in terms of bicycle-friendliness. Every two years, Sinus Markt- und Sozialforschung GmbH gauges the mood among cyclists across Germany on behalf of the German Ministry of Transport. The monitor’s results include how cyclists rate express cycle paths. “Some 37 per cent of non-commuters said they would use bicycles, if there were express cycle routes to workplaces and education centres. Around 74 per cent of commuters would use the bicycle more frequently than before,” according to the online survey, which interviewed people between the ages of 14 and 69.

The growing popularity of cycling was also noted and in 2019, 65 per cent said they like or very much like using bicycles as a means of transport, which is an increase of 1 percentage point over 2017 and an increase of 10 percentage points over 2015. However, cyclists all over Germany want more and safer cycle paths as well as safe bicycle parking facilities, the monitor found. In mid October, the senate approved the Radentscheid Hamburg – Sicheres Radfahren für alle, überall in Hamburg, which advocates safe and comfortable cycling. Its twelve goals include wide and protected cycle paths on all main roads, rapid cycle routes without many crossroads for getting to work and theft-proof bicycle parking, which more and more Bike+Ride stations are providing. The P+R-Betriebsgesellschaft mbH rents out extra secured parking spaces and lockers. More details on Hamburg’s cycling services can be found on www.fahrrad.hamburg.
ar/kk/pb

Would you like to stay up to date on all cycling topics in Hamburg? Then click on www.fahrrad.hamburg to find more details as well as news and events and services offered by the City of Hamburg. You can use an interactive map to track the state of the cycle routes or find out about infrastructure measures. Click here for the newsletter. 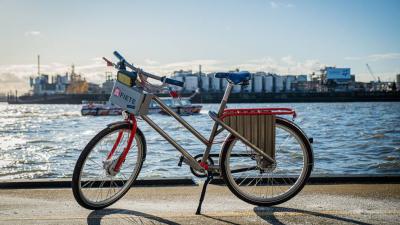 Upcycled bike made by from DT3 carriages - thanks to Till Kiefer and Hamburger Hochbahn AG. The bike is part of efforts...