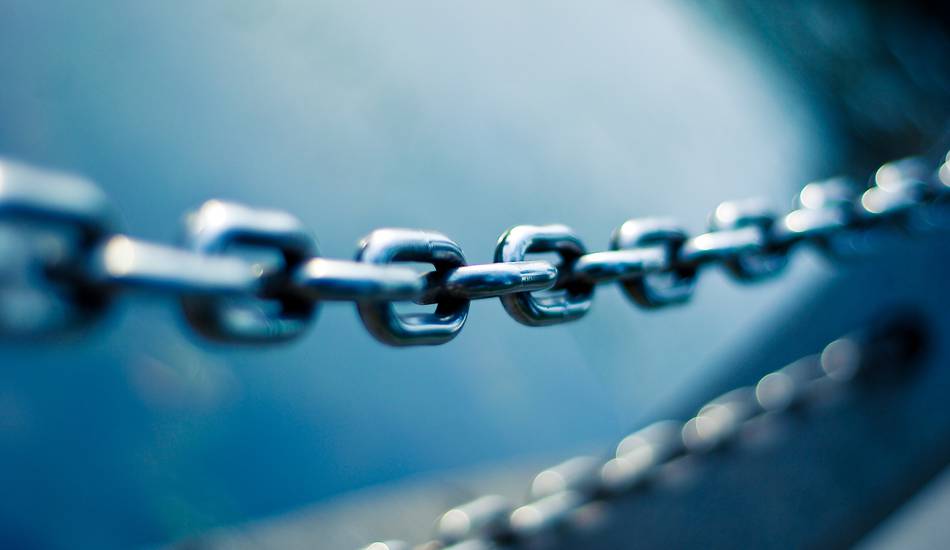 No other topic but blockchain has sparked such heated discussions in the German economy and for months. Yet, most German companies see great potential in the technology, according to a recent survey by Bitkom digital association. One in three large companies believes that blockchain technology is as revolutionary as the internet. The Hamburg-born Fabian Friedrich, initiator of the Blockchance Conference and the Blockchance Campus, believes in the disruptive power of blockchain technology. In an interview with Hamburg News, he talks about his vision, the business model of the future and how he seeks to attract the global blockchain scene to Hamburg.

Hamburg News: You have already founded a hip-hop label, a marketing agency and vegan catering. How did you hit on blockchain?

Fabian Friedrich: When I finished school, I studied informatics technology and never lost my interest in computer sciences. When I first heard about bitcoins and blockchain in 2012, I was instantly thrilled because I realized what groundbreaking technology we were facing. A year later, I opened the first vegan Christmas market and shortly afterwards the first two vegan restaurants in Hamburg that accepted bitcoins. There, I tried out the technology and tried to bring it closer to people. From the beginning, I was convinced by the idea of democratic money and the vision of socio-economic and institutional change that goes with it.

Hamburg News: When you hear blockchain, you probably first think of crypto currencies. In which areas is the use of blockchain still conceivable?

Fabian Friedrich: The blockchain or distributed ledger technology is a meta technology for use in many areas. The blockchain will become an integral part of solutions in future especially digital innovations such as VR, Internet of Things (IoT) and AR. The only blockchain applications that are already used globally are decentralized crypto currencies of which there are now more than 4,000 worldwide. However, a wave of more complex blockchain applications in wide-ranging fields is already in the starting blocks. Hamburger Hochbahn and Deutsche Bahn, for instance, are researching ways of optimising their timetables using blockchain.

Fabian Friedrich: Blockchain technology allows information and databases to be shared across borders. This works without central instances such as administrations, banks, trustees or notaries. Agreeing to the common use of publicly visible and unchangeable algorithms and decentralized, synchronized databases facilitates that. Thus, secure, direct and independent data exchange and comparison is possible worldwide. It does not matter whether you are talking about money transfers, communication, ownership transfers, exchange of individual aspects of digital identities or machine-to-machine communication in the IoT. People will no longer need banks to do business, notaries to transfer assets and Facebook to find friends. The business model of the future will be based on co-operation instead of competition. Decentralisation will transfer more responsibility to the individual and promote equality.

Hamburg News: What potential does blockchain technology hold for Hamburg in particular?

Fabian Friedrich: Hamburg is an important European business, science, research and education location with several universities and national and international institutions and has been regarded as open to the world and optimally networked since the days of the Hanseatic League. Due to the many strong companies in the logistics, trade, media, aviation and maritime sectors, for which the topics blockchain and distributed ledger technologies will become more important in future, Hamburg is in an excellent economic position and has the potential to catch up with the world leaders and to compete with global, blockchain industrial centres such as London, Dubai, Shanghai, New York, Zug in Switzerland and Berlin.

Hamburg News: Last year, you celebrated the first Blockchance Conference in Hamburg, which is seen as the largest industry event of its kind in northern Germany hitherto. What did you learn?

Fabian Friedrich: The Blockchance Conference Hamburg 2018 was a great success with more than 350 delegates from over 20 countries, 35 speakers and many exhibitors. Personalities such as Dr. Sebastian Saxe, the CDO of our economic authority, as well as key players in the international blockchain scene, such as Prof. Dr. Dr. Stefan Brunnhuber, consultant with the European Commission and the United Nations and member of the Club of Rome, and Brandon Samitera, CEO of Skycoin and former Bitcoin developer, had their say on stage.

Hamburg News: At present, your biggest project is the Blockchance Campus, which will open in August 2019 at the fintech hub Finhaven in HafenCity. What is your vision?

Fabian Friedrich: The “soft opening” of the Blockchance Campus occurred when I moved into the recently opened fintech hub Finhaven. We will celebrate the Grand Opening on August 12th during the Blockchance Conference 2019. Then, the campus will have its own floor overlooking the Elbe. My vision is to bring Hamburg as a blockchain location to the top of Europe and to make it known worldwide. Industry synergy effects can be exploited here, start-ups and company immigration promoted as well as networking with other blockchain hubs. The main tasks are creating a co-working space, providing knowledge, education, public relations, political participation and cultural exchange.

Hamburg News: You also founded the Hanseatic Blockchain Institute. What do you hope to achieve with that?

Fabian Friedrich: In fact, we founded the Hanseatic Blockchain Institute e. V. with 15 members in mid January 2019. And I am pleased to have been elected to the board for the next three years with Marleen Kerscher, Moritz Schildt and Moritz Stumpf. Unlike the Blockchain Campus, which brings the scene physically together, the Hanseatic Blockchain Institute brings the blockchain scene together institutionally and will impact far beyond Hamburg’s borders. Thus, we can bring together and better represent the interests of various groups keen on the future technology of blockchain.

Hamburg News: Which events in Hamburg can you recommend to blockchain newcomers and experts?

Fabian Friedrich: Every month, the Blockchain Mania Meetups are held and the scene comes together. Otherwise, I warmly recommend the Blockchance Conference on August 16-19, 2019 in the Hamburg Chamber of Commerce. We are expecting over 40 international speakers, 30 exhibitors and 750 guests and would like to invite the global blockchain scene to Hamburg. The Hanseatic Blockchance Institute’s Meetup programme will go online in the coming weeks. It includes regular events on different aspects of blockchain technology for beginners, those already in the know and experts.

Hamburg News: Many thanks for the interview, Fabian.

What is a blockchain?

A blockchain is a decentralized database with a growing list of transaction records. The database is extended chronologically and linearly similar to a chain. New elements are constantly added – hence the term blockchain. Each block contains a checksum of the previous block to prevent abuse of the technology.