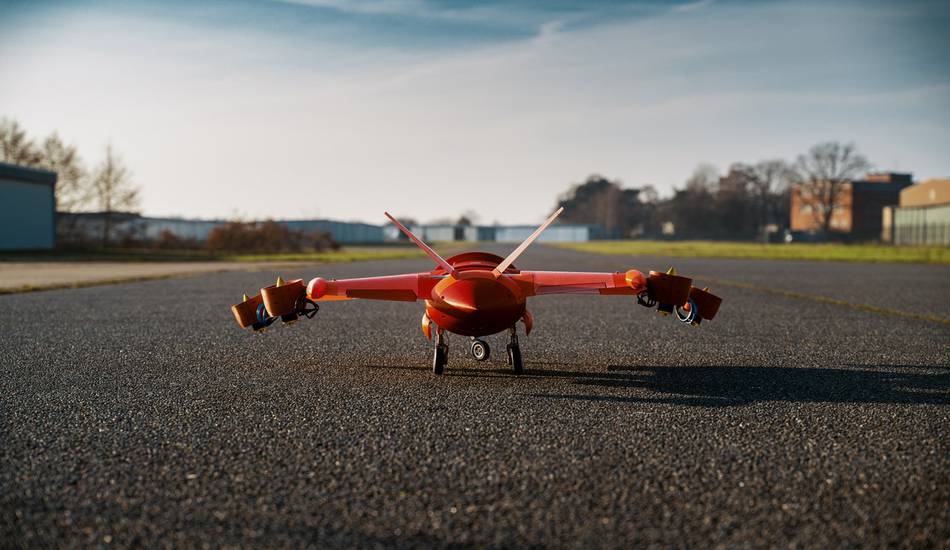 The Hamburg-based start-up Beagle Systems will really take off in the second half of 2020 provided all goes well. Founded last April, the company is developing an autonomous, vertical, take-off long-range drone to inspect power lines or railway lines or for transporting smaller loads that weigh 5 kg maximum. The prototype in Wandsbeker Neumann-Reichardstraße weighs only 25 kg. The bright red model has a wingspan of 1.40 m and is designed for a maximum distance of 100 km. However, co-founder Oliver Gregor Zoeller prefers to speak of an unmanned aeroplane rather than a drone, and in fact the device does resemble an airplane. “Basically, it’s also an aircraft that simply doesn’t need a pilot aboard any more,” Zoeller noted.

However, the absence of a pilot involves considerable legal hurdles. “So far, regulations only allow flights with visibility. Flying without visibilityis the holy grail. That is what our business model is based on,” said Zoeller. To obtain a permit, Beagle Systems must prove that its system is absolutely safe. “Everything is geared towards that goal. All relevant systems are triple on board: sensors, cameras, GPS antennas, compass, barometer.” If one system fails, another takes over. The path to commercial operation will be free as soon as Beagle Systems meets all of the EU’s legal requirements for implementing unmanned aircraft systems (UAS).

“Our goal is to be the first company to obtain a license for an operating concept in 2020. That means we would be given permission to fly the same route over and over again with the same aircraft without visual contact,” said Zoeller. Transporting tissue samples is a possible business model. “We already have requests from German hospitals that do not have their own pathology units, but need to have tissue samples tested during an ongoing operation.” Until now, such transports to the nearest institute have been made by car. A UAS would be much faster – with clear advantages for patients and doctors. 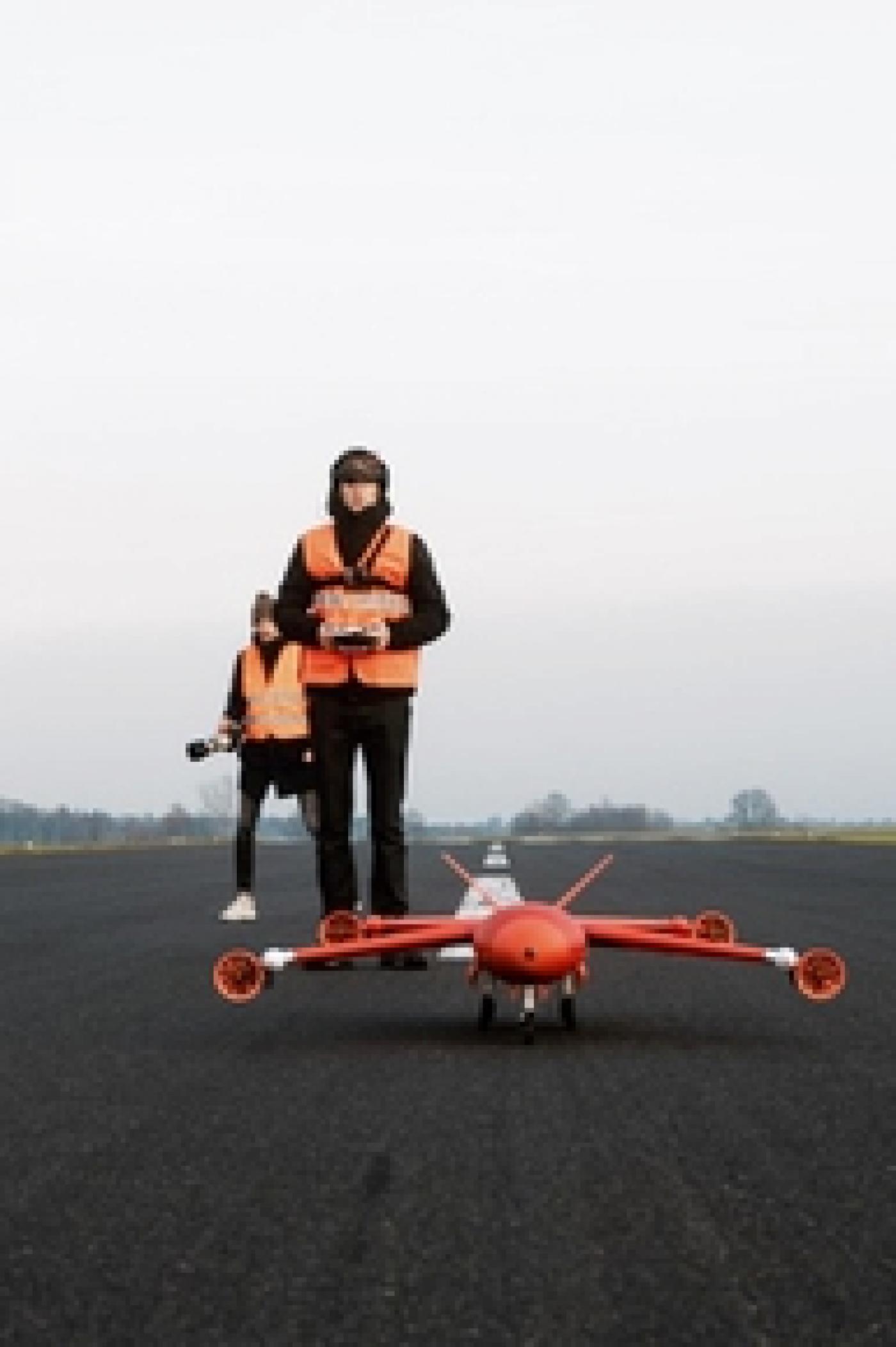 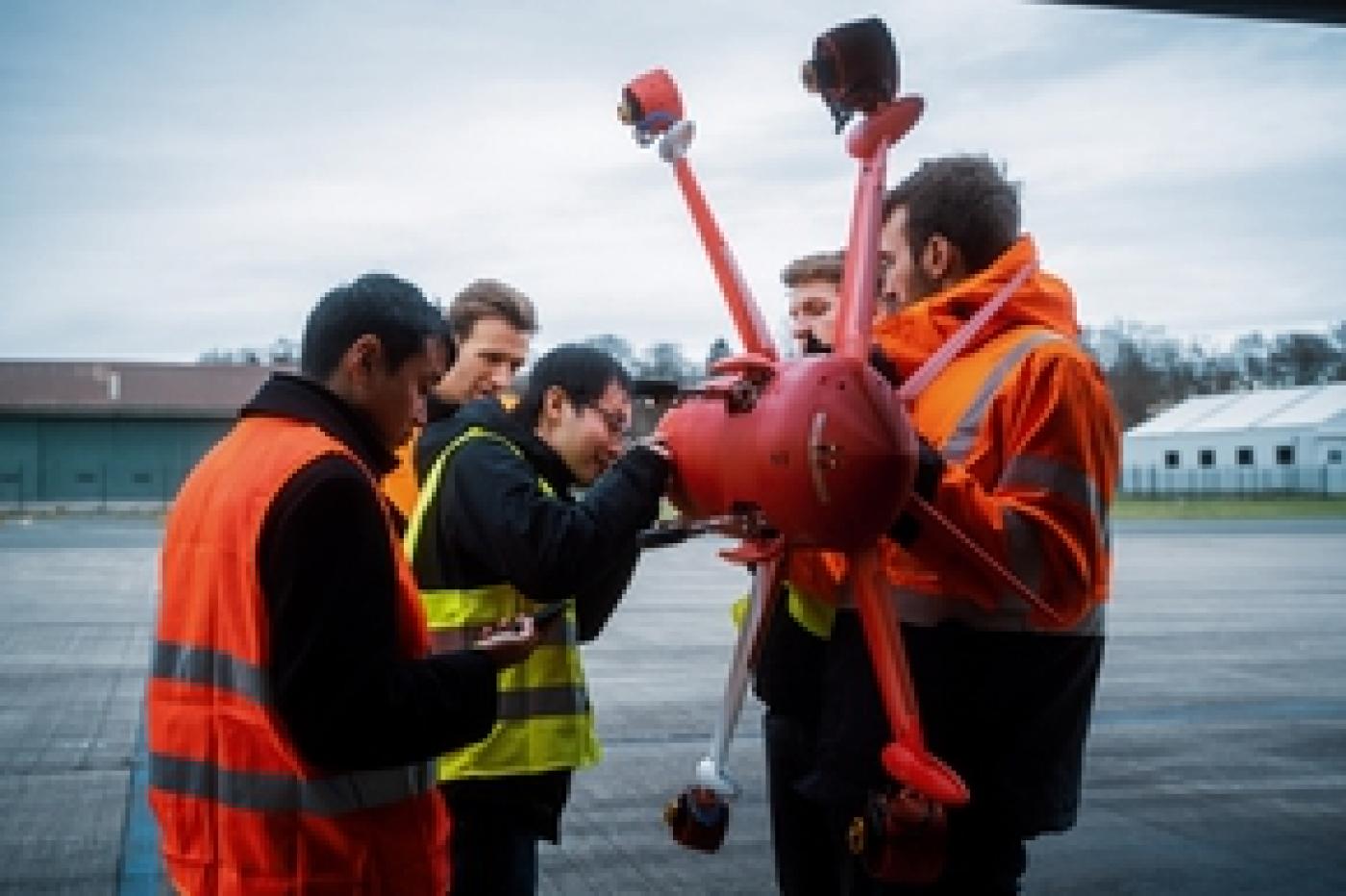 A new study by the Bundesverband der Deutschen Luftverkehrswirtschaft e.V. confirms the great potential of the German drone market. Around 400 companies with an average of 12 employees focus entirely on drones. However, around 10,000 people in Germany are professionally involved with drones. The number of operational drones will come to 850,000 by 2030 and go hand in hand with significant economic growth in the sector, the study found. “The German drone market will grow from EUR 574 million to almost EUR 3 billion by 2030, which corresponds to an annual average growth rate of 14 per cent. This growth will be driven mainly by the commercial market.”

From Shanghai to Hamburg

Beagle Systems’ choice of Germany as its base was by no means certain. The idea for the start-up emerged in Shanghai, where Zoeller met Jerry Tang during a sabbatical. The Chinese engineer specializes in robotics and automation and was looking for like-minded people with business and technical know-how. They brought on board the industrial engineer Mitja Wittersheim and gained lawyer Dr. Amos Münch as a strategic partner. Together, they mulled the advantages and disadvantages of China, United States, Australia, Scandinavia and Germany. The extensive funding opportunities in Hamburg also made the choice easier. Beagle Systems qualified for the Exist start-up scholarship and the Hamburgischen Investitions- und Förderbank (IFB Hamburg) InnoRampUp funding progamme, which supports start-ups with grants of up to EUR 150,000 in the start-up phase. “That is extremely important for a hardware start-up like ours. The materials for our sophisticated construction parts must be light, robust and therefore safe – and devour a lot of money,” Zoeller stressed.

“The legal uncertainty was not in China’s favour. Silicon Valley is becoming more and more expensive and Australia is great for development – with vast swathes for testing flights – but it is a tight market. That left us with Scandinavia and Germany,” said Zoeller. In the end, the founders decided on Hamburg because Zoeller and Wittersheim are well acquainted with the city, have flying licenses and are well networked through their membership of various associations. Zoeller is deputy chairman of the Bundesverband für Unbemannte Systeme e.V. (Federal Association for Unmanned Systems). Asked why they have named their company after a British dog breed, Zoeller laughed and introduced “Douglas, our ‘feel good manager’”, who was romping around the premises. “Beagles are very determined but peaceful dogs. That suits us. Our drones never turn into killer drones,” he noted.
ys/kk/pb