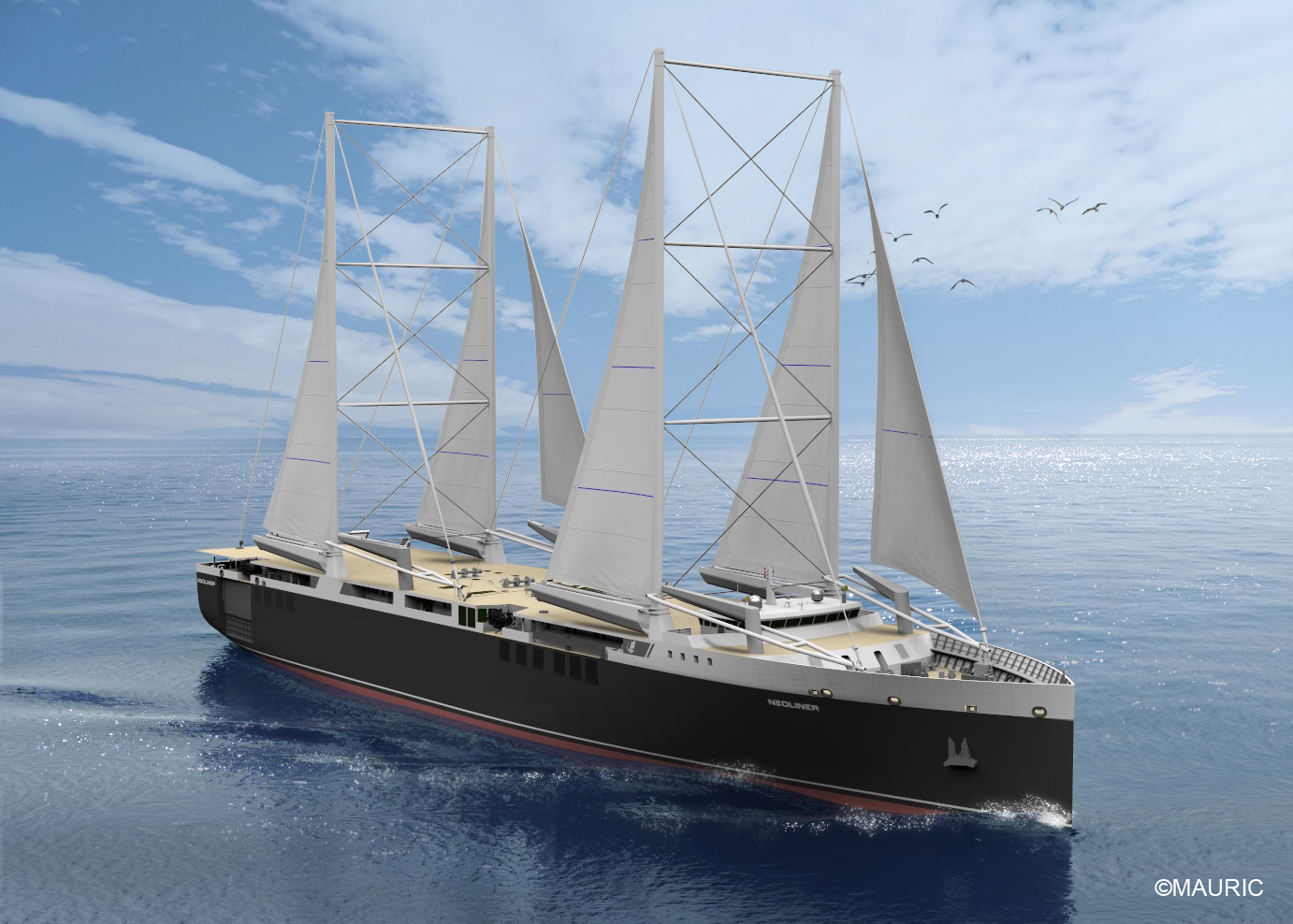 Thousands of years ago when engines were unheard of, people were well aware of the enormous potential of wind at sea. Nowadays, all kinds of container ships sail the high seas. Some are gas-propelled while others rely on fuel cells or electricity generated by photovoltaics.

Ship propulsion by wind has been undergoing a revival in view of hazardous chemicals in the ship's paint, alien organisms in the ballast water as well as the discharge of wastewater and waste into the sea. Oil spills and a cacophony of ship sounds also have a detrimental impact on the marine environment. But the exhaust fumes emitted by gigantic engines running on poisonous heavy fuel oil cause the most problems.

Shipping accounts for some 2.6 per cent of climate-damaging CO2 emissions and in 2015, these amounted to around 932 million tons - more than Germany emits every year. But CO2 is the least problematic. Sulphur dioxide swirls from the chimneys of the gigantic ships, some of which are over 300 metres in height, causing acid rain and damaging people’s mucous membranes. Nitrogen oxides that irritate the respiratory tract and cause smog are also given off. Particulate matter gets into the airways and cause dangerous lung diseases and cancer. Catalytic converters like those in cars or lorries are "practically non-existent on ships", said Daniel Rieger, Head of Transport Policy at the German Society for Nature Conservation (NABU).

The enormous extent of pollution is reason enough to rely on wind. The luxurious 143 metre-long, 25 metre-wide, Sailing Yacht A, counts among the world's most powerful and impressive yachts. Three 90-metre masts carry up to 3,700 square metres of sails and accelerate the yacht to a speed of 21 knots or 40 kilometres per hour. Another promising sail propulsion system, the Dyna-Rigg on the three-master Maltese Falcon, boasts square sails on rotating masts that can be automatically extended and retracted. The vessel's sails form a large enclosed area - an idea that dates back to the 1960s when Wilhelm Prölss came up with the design in Hamburg. 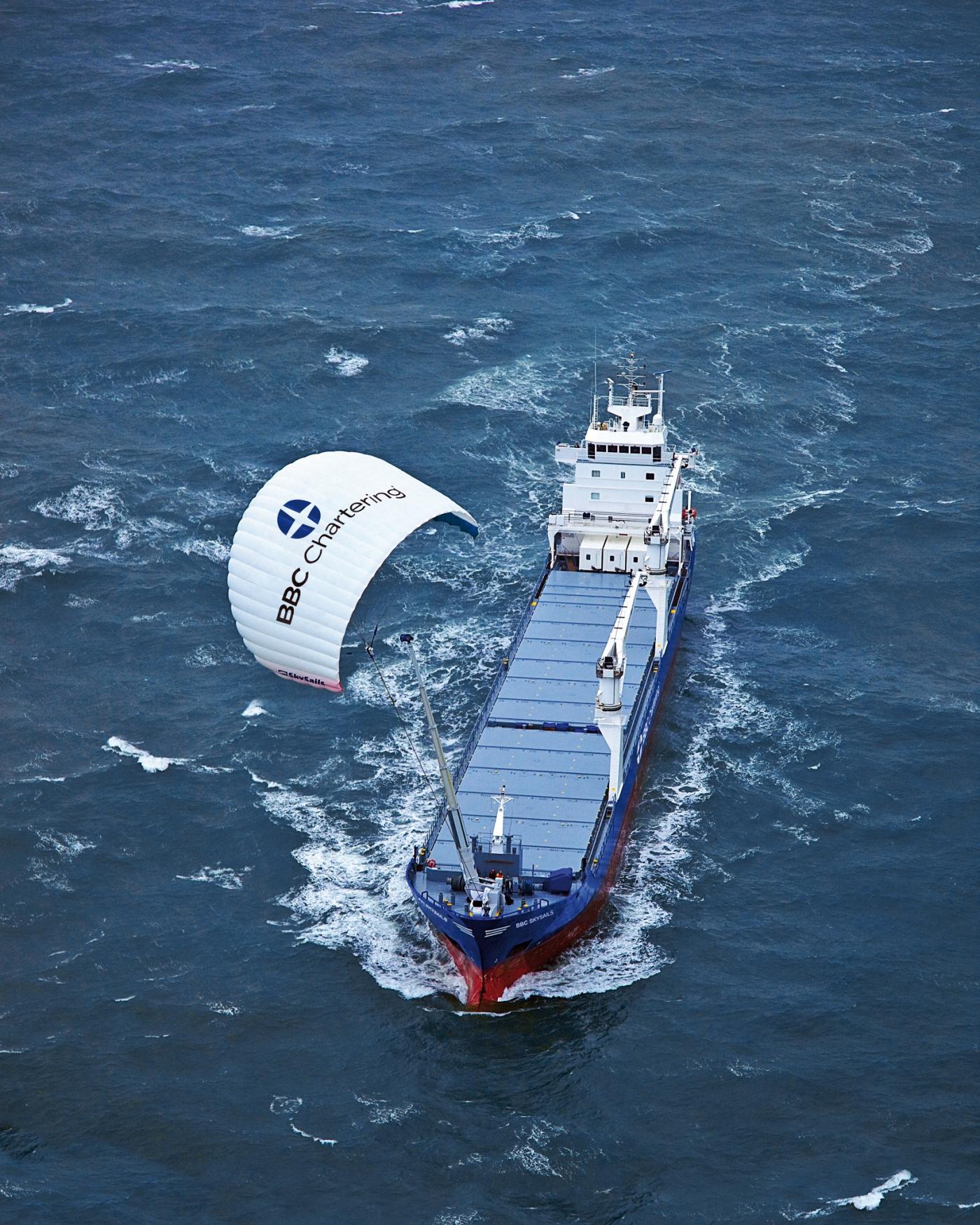 The Hamburg-based Skysails has developed a towing kite system for ships. However, the economic crisis saw Skysails fall on hard times after the shipping industry had been dealt a severe blow. Overcapacity and plunging prices meant tough times for environmental innovations. Stephan Wrage, founder of Skysails, was forced to lay off many employees, but now has high hopes for tougher limits on emission and noted: "The year 2020 is driving innovation. As demand for consumer goods increases, ships will simply have to become far more efficient."

A Skysails kite has towed the research catamaran, "Race for Water", for some three years now as part of its five-year voyage around the world to combat plastic pollution at sea. The ship is powered by solar energy, hydrogen and the kite. More than 26,000 nautical miles have been covered since the journey began and the kite has generated around 25 per cent of the energy, said Wrage. The kite can reach speeds of up to 18 km/h, weather permitting.

Rotor ships use mast-like cylinders called Flettner rotors mounted vertically on the ship's deck for propulsion. These rotors recently provided a real energy boost. When the wind blows from the side, the Magnus effect creates a forward thrust and accelerates the ship like a sail - and the engine can save up to 20 per cent of fuel.

The 162-metre "Estraden" also relies on a Flettner propulsion system. Thanks to the rotor made by the Finnish company Norsepower, the freighter saves around 400 tons of fuel every year and cuts CO2 emissions by 1,000 tons in the same period. Norsepower has also fitted out the "Maersk Pelican"  tanker and "Viking Grace" passenger ferry. The Scandlines shipping company recently presented the Flettner-propelled "Copenhagen" ferry which commutes between Rostock and Gedser in Denmark. The conversions show that Flettner rotors are valued as auxiliary drives. Sven Hofmann, a shipbuilding engineer with the Hamburg-based Technolog maritime services provider, noted: "The Flettner system is a simple plug-and-play solution, only the wind direction has to match the travel route."

The French start-up, Neoline, is aiming for a mix of old and new and to equip a modern freighter with traditional sails. The company has come up with a system of braced masts that can be folded up to pass under bridges in a harbour and for improved loading and unloading. The ship has a sail area of 4,200 square metres. Although the vessels are around 30 per cent costlier, they consume up to 90 per cent less energy than conventional freighters, according to the manufacturer. The first 136-metre long Neoliner is expected to set sail in late 2021 and transport cars on the high seas.

Mankind has used wind power for thousands of years. Wind power is now more important than ever amid ongoing climate change and the conversion of energy to renewable energy sources. Daniel Hauptmann’s book shows other possibilities of harnessing wind power, when the power of inventors and investors are added on a large scale. The author goes far beyond the usual perspective of wind power for generating electricity and gives other fascinating examples - from cargo ships and wind-powered racing cars to floating wind turbines. The author highlights the technical facts and the environmental impact of each example. Daniel Hautmann: Windkraft neu gedacht. Erstaunliche Beispiele für die Nutzung einer unerschöpflichen Ressource, Hanser Verlag, Munich 2020, 229 pages, hardcover edition EUR 39.99, EUR 31.99.

Daniel Hautmann, 45, has been writing about technology, energy and the environment for around 20 years. He is a trained industrial mechanic, editor of trade journals and specializes in regenerative energies, especially wind power. He has competed with a world champion windsurfer and flew headfirst in a glider with the European aerobatics champion. His texts have been published in Brand Eins, Technology Review and the Süddeutsche Zeitung, among others. He occasionally presents radio shows, produces podcasts and writes books. www.danielhautmann.de. 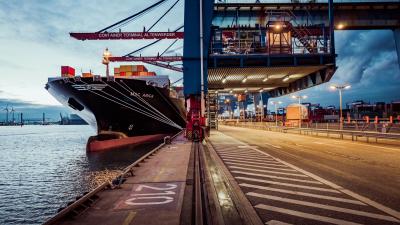 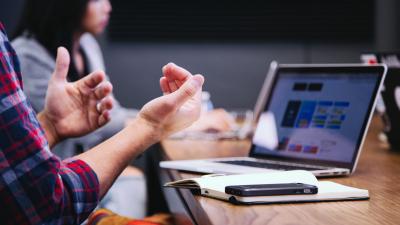 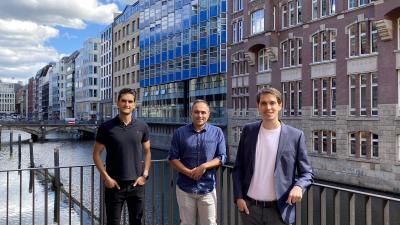 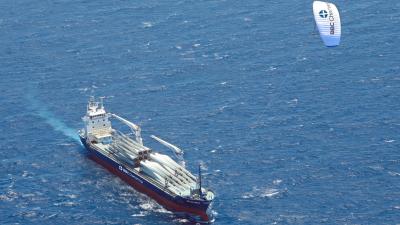