Are air cabs the latest trend and when will the first hydrogen aircraft take off?
16 May 2022

Electric propulsion will prevail in aviation of the future, according to Roland Gerhards, CEO of Applied Aeronautics Research (ZAL), and noted: "Electric flying holds huge potential. It is both climate-friendly and quiet! The future lies in hydrogen tanks." More than 30 partners including universities, start-ups and companies such as Airbus, Lufthansa Technik and the German Aerospace Center (DLR) are working on the development, integration and industrialization of innovative aviation technologies at ZAL. Research into the potential of hydrogen has been underway there from the start.

Hydrogen-powered commercial aircraft are likely to take to the skies in a good ten years, Gerhards predicted. "Research is currently being conducted into combustion in gas turbines, except that hydrogen is put into the tank instead of kerosene. That could become reality in 2035." The second possibility is the use of fuel cells, which make zero-emission flying possible, but are not yet powerful or light enough. Weight is central to aviation. "The integration and cooling of the fuel cells poses technical challenges for our engineers. Work is underway to produce 3D-printed heat exchangers." Effective use of fuel cell systems is thus likelier from 2045, he noted. At the beginning of 2022, Gerhards was appointed President of the German Aerospace Society (DGLR) based in Bonn. The DGLR is a joint forum for stakeholders in science, industry and society and, as a neutral institution, offers policy advice on aerospace. 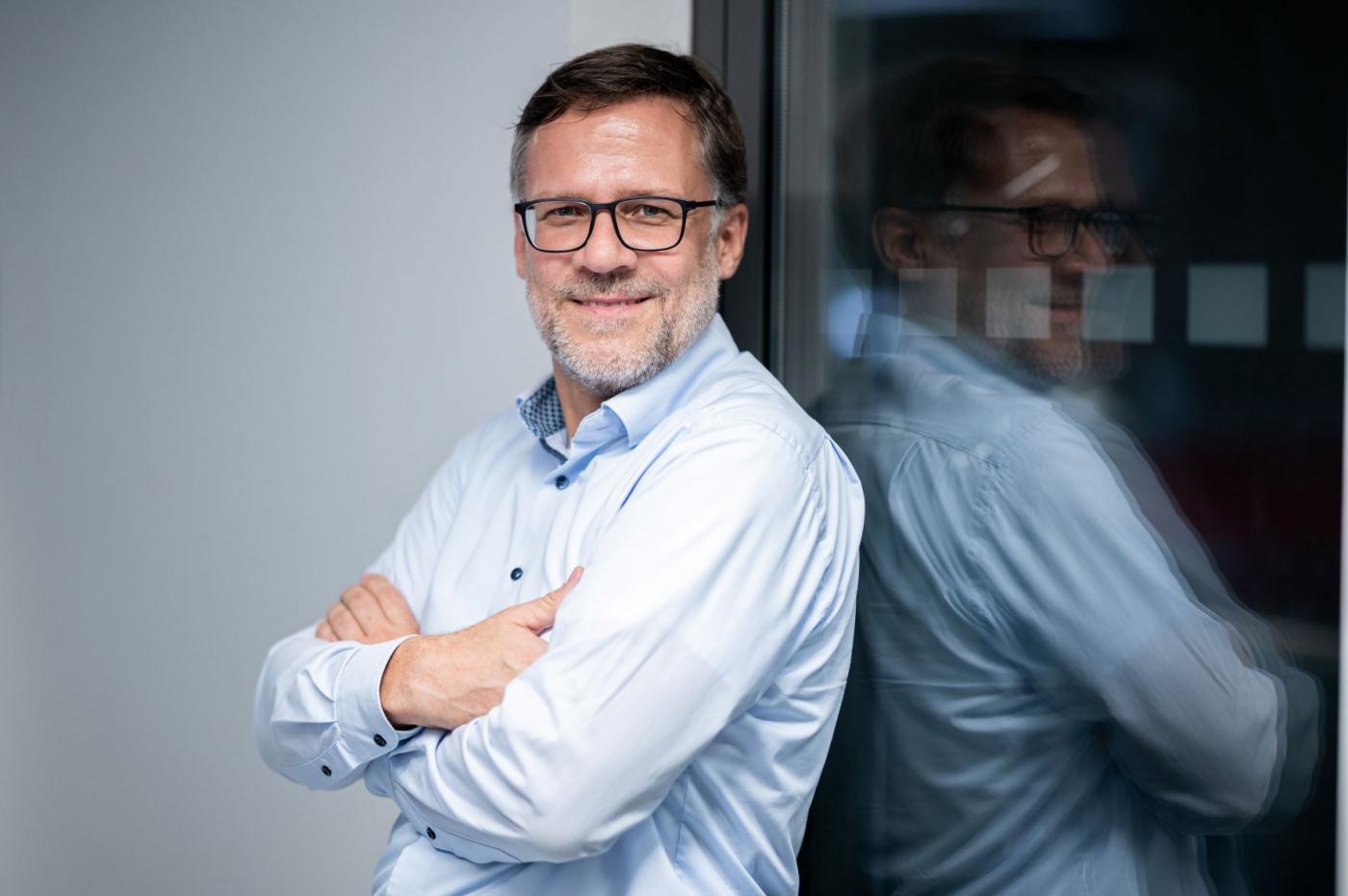 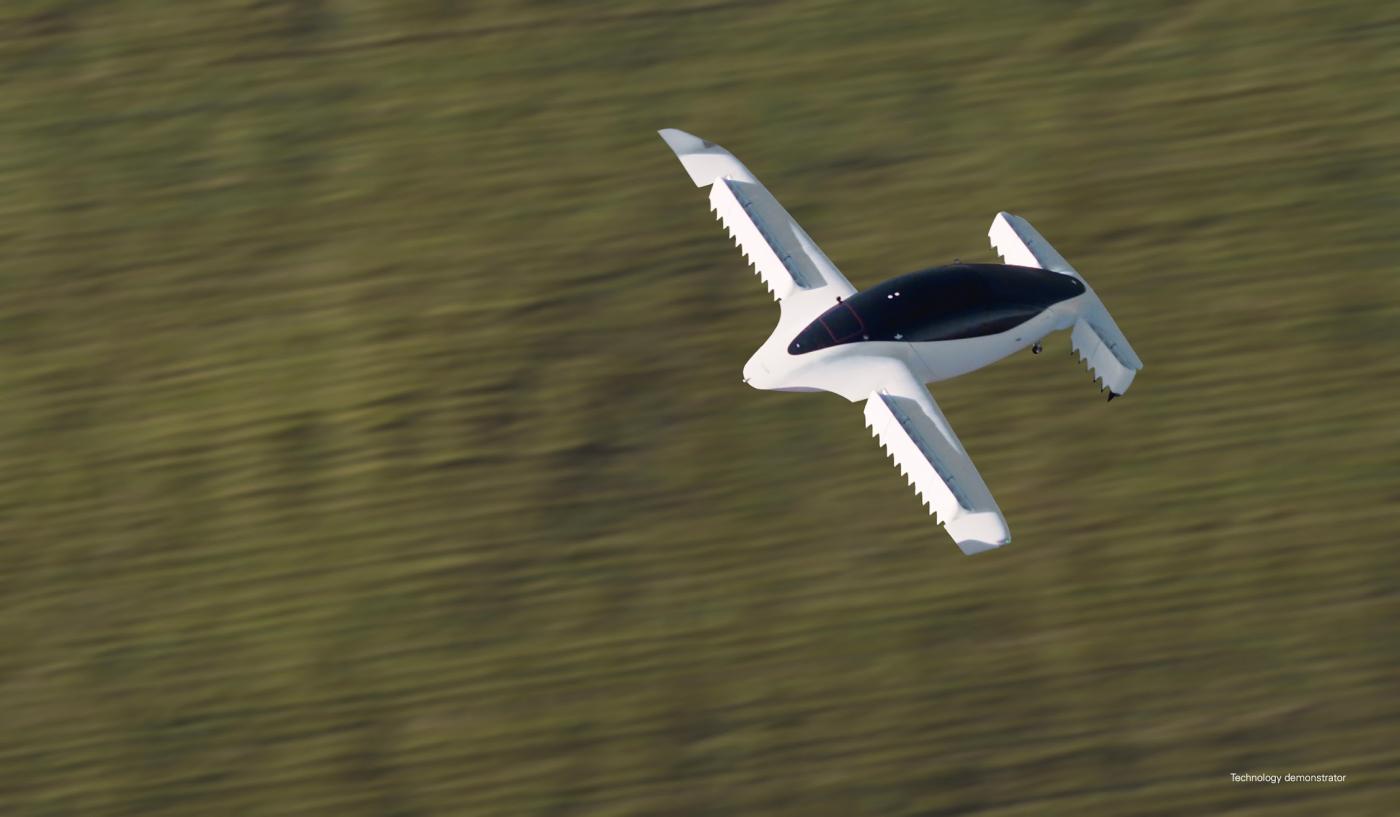 Air cabs, pizza delivery or deliveries from online stores by drone are just some examples of advanced air mobility. However, they are unlikely to become reality in the near future, said Gerhards. "Catching a quick air cab from the airport to a concert at the Elbphilharmonie sounds appealing. But this offer for the super-rich is unlikely to catch on soon neither socially nor technically." At the moment, research is underway into the concepts of electric vertical take-off and landing (eVTOLs) and electric conventual take-off and landing (eCTOLs). The eVTOL concept focuses on e.g., on-demand air cabs, airport passenger or patient transfers while the more conventional eCTOL is geared more towards short-haul transport of cargo and passengers. Both approaches foresee electric propulsion.

Lilium and Volocopter are particularly involved in this new branch of aviation, said Gerhards. However, Lilium's idea of taking off vertically and switching to horizontal flight is extremely challenging, he noted, adding: "This combination is also energy-intense, and the range remains a problem." Volocopter's chances of success are higher, according to Gerhards. "Volocopter's use of electric VTOL air cabs for medical air supply, i.e., to transport emergency doctors or medication quickly to the scene of an emergency is promising, and that will come." Volocopter presented a heavy-lift drone, developed in Hamburg, during the ITS World Congress last year. The drone is being brought to market maturity with DB Schenker. 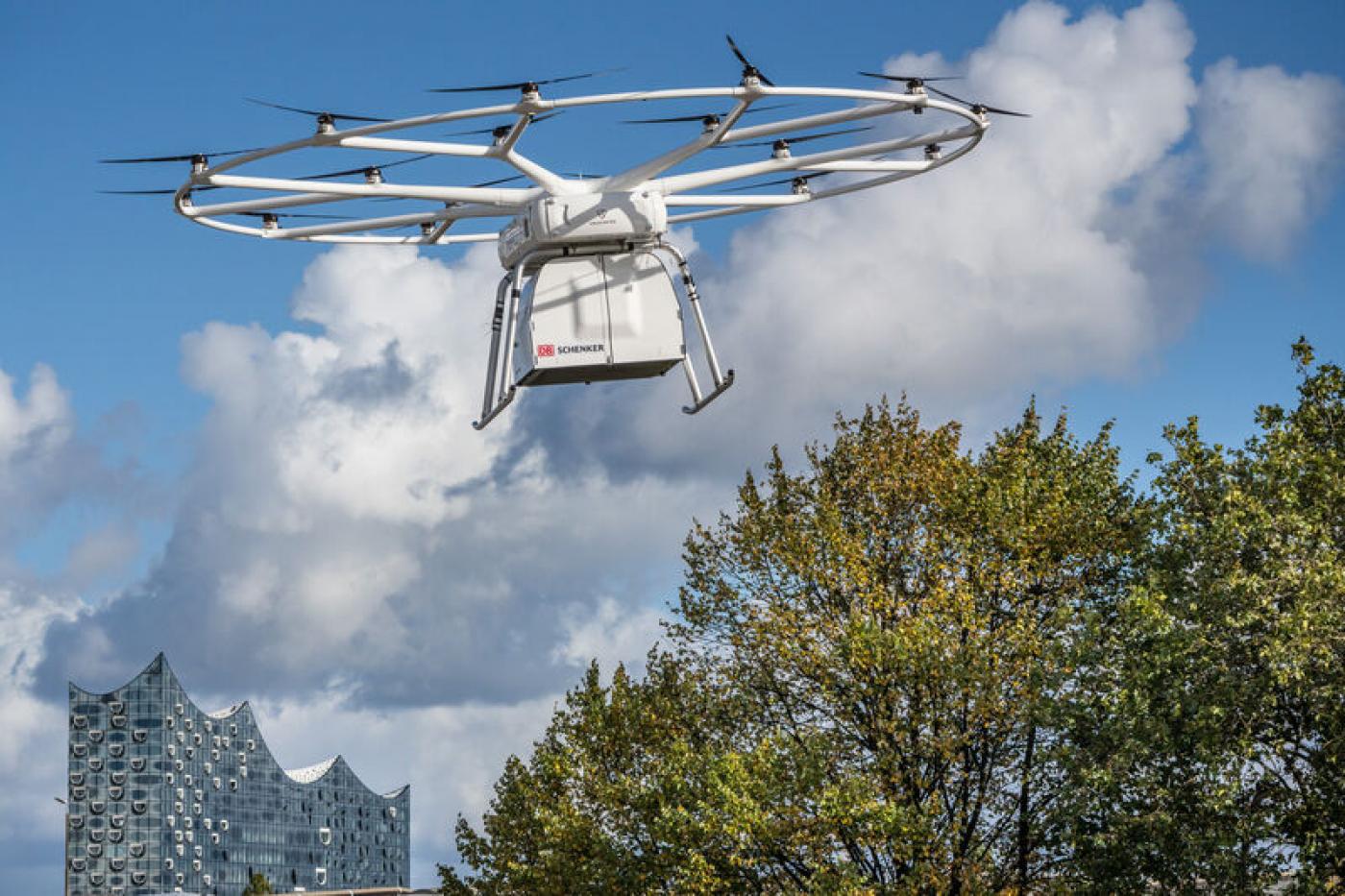 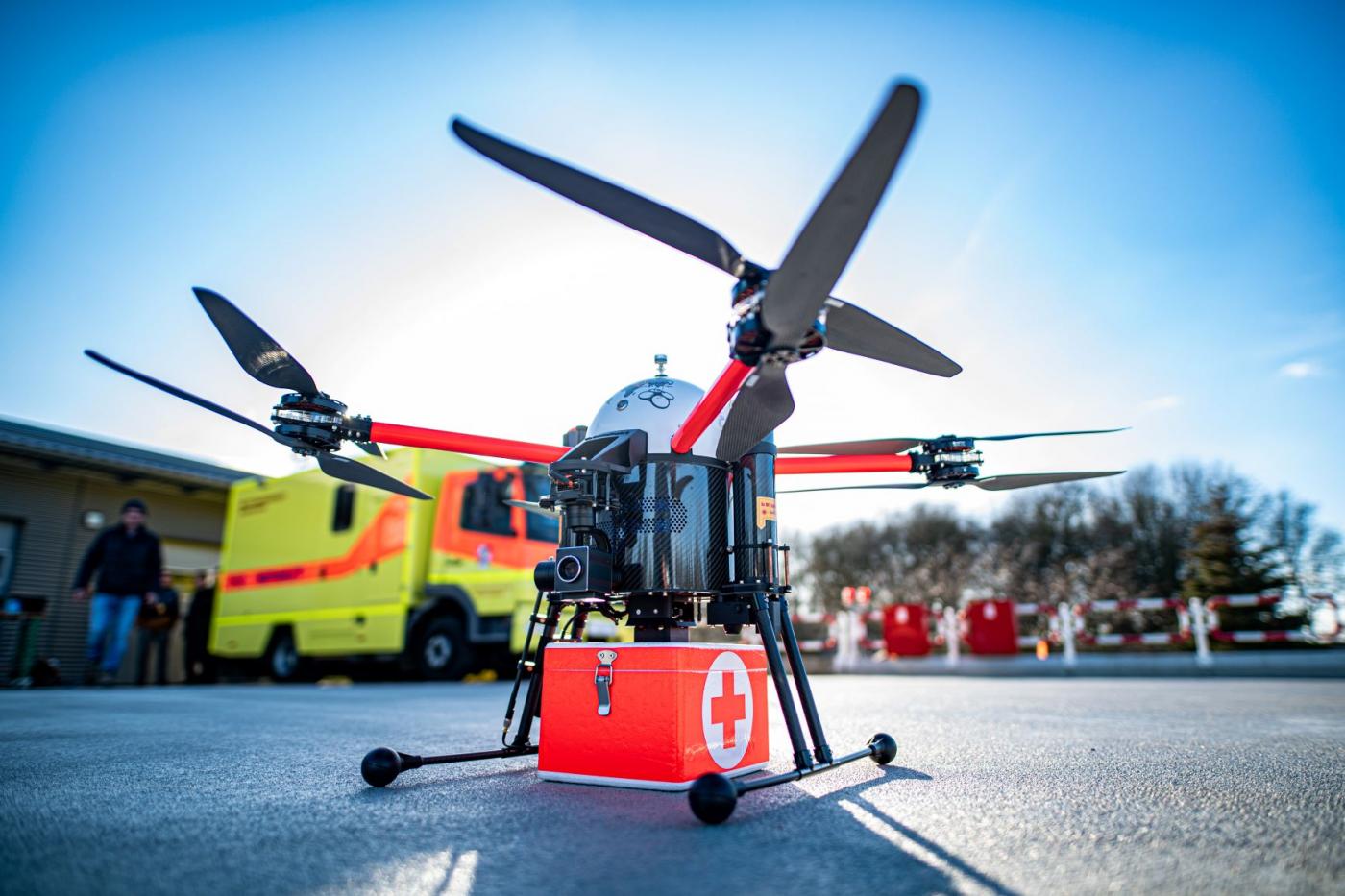 The use of small unmanned aerial vehicles (UAVs) or drones "is quite likely at least in socially accepted fields of application such as transporting emergency medication or tissue samples, for inspecting power lines or wind turbines. Start-ups like Medifly or Beagle are already active here in Hamburg," Gerhards noted. Windrove is just one good example. The network has been bringing together users, designers and providers of drone-based services and products since 2017. "Drones are already everyday and are used by the fire brigade to search for hot spots. They are also flown over the Köhlbrand Bridge to take photos of rust instead of setting up scaffolding and sending up industrial climbers," Gerhards pointed out.

"It also gets exciting in the post-flight phase. Identifying five out of 5,000 photos taken that best reveal the rust is the real task," he noted. The use of artificial intelligence may yet prove another promising market segment, Gerhards believes. However, drones still have to fly on sight, which makes lucrative business cases difficult. Research into this sector is currently underway at ZAL as part of the Medifly 2 project. "We are in close contact wth air traffic control because drones must be integrated into existing air traffic and the heavily frequented airspace. But we are confident that we will be able to carry out regular autonomous flights by late 2022."

Holiday flights expected to recover by 2024

And what about established aviation? Hamburg Airport recently reported around 5.3 million passengers in 2021, about 70 per cent fewer than before the pandemic. "People want to fly again and they want to go far away after two years of going to the Baltic and North Sea. So I expect holiday flights to recover fairly quickly by 2024," Gerhards said. However, the same does not apply to business flights. "Video conferencing has proven itself to a certain point, so I expect that segment to be down 10 per cent."  Well-organised online meetings do not leave room for coincidences which are the spice of life and business. "A chance encounter at the coffee table can turn into a lucrative business deal." 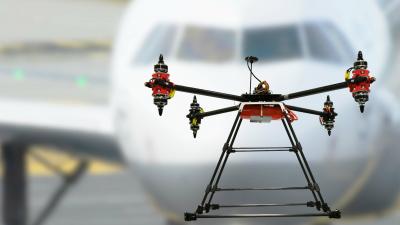 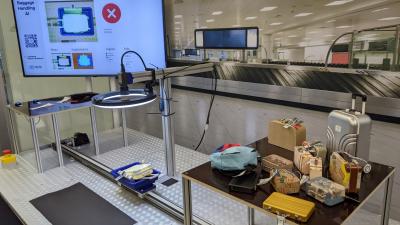 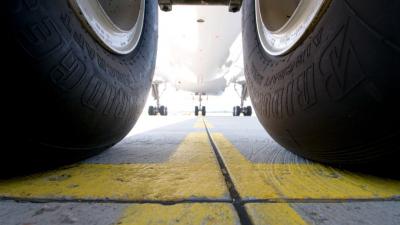 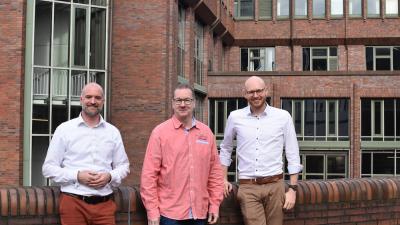