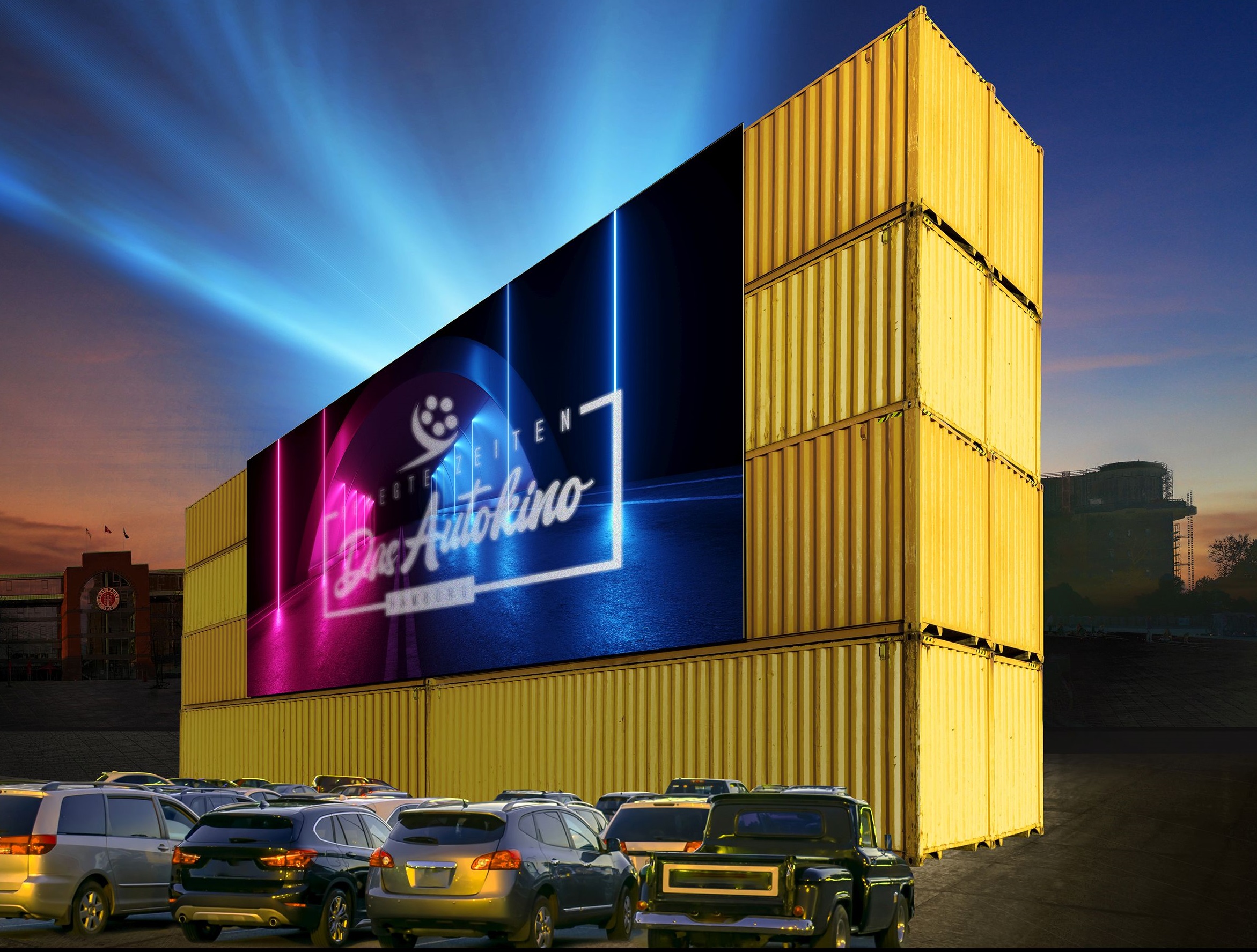 Movies rolled Saturday (June 6, 2020) when Hamburg's brand-new drive-in cinema opened its gates on the Heiligengeistfeld. Fans can now buy tickets for the screenings and find out more about the schedule and venue on the "Bewegte Zeiten - Das Autokino" website. Preparations had gone full speed ahead after the senate approved drive-in cinemas in Hamburg.

Moviegoers enjoyed a special atmosphere complete with an impressive screen mounted on a container and many exciting movies. Organisers are screening both new releases as well as old favourites which are likely to attract large numbers of fans. Hermine Huntgeburth, director, and Michael Lehmann, producer, attended the screening of the opening film "Lindenberg! Mach dein Ding" which tells the life story of music icon Udo Lindenberg. Other guests included Frauke Kolbmüller, producer of the award-winning "Systemsprenger" movie focusing on the life of a rebellious nine-year-old girl. Director Fatih Akin will present his film "Soul Kitchen" and Stefanie Hempel gave a musical introduction to "Yesterday" in front of a legendary photo of the Fab Four taken on the Heiligengeistfeld by the recently deceased Astrid Kirchherr.

Road movies or films for families

Great car and locomotion films such as "Absolute Giants", "Drive", "Le Mans 66" and "25 km/h" are among the other highlights as well as children's favourites like "The Heinzels", "Pets 2" or "Jim Knopf" which will screen during the day on a LED screen, which provides brilliant pictures.

Up to 500 cars - several daily screenings

Visitors can watch movies in a maximum of 500 cars on the Heiligengeistfeld. During the week, up to five daily movies will be screened and around eight will screen at the weekend. Fans can watch films in two cinemas.

Tickets for adults cost EUR 12 each (including pre-sales fee). Children under 16 years and adults in the back seat pay EUR 6. Tickets must be purchased in advance - but up to 30 minutes before the show begins - on www.autokino-in-hamburg.de. A box office is not available on site. Moviegoers must purchase two tickets minimum, which are scanned contactlessly through the car’s closed window on admission. Snacks and drinks can be booked in advance with the ticket.