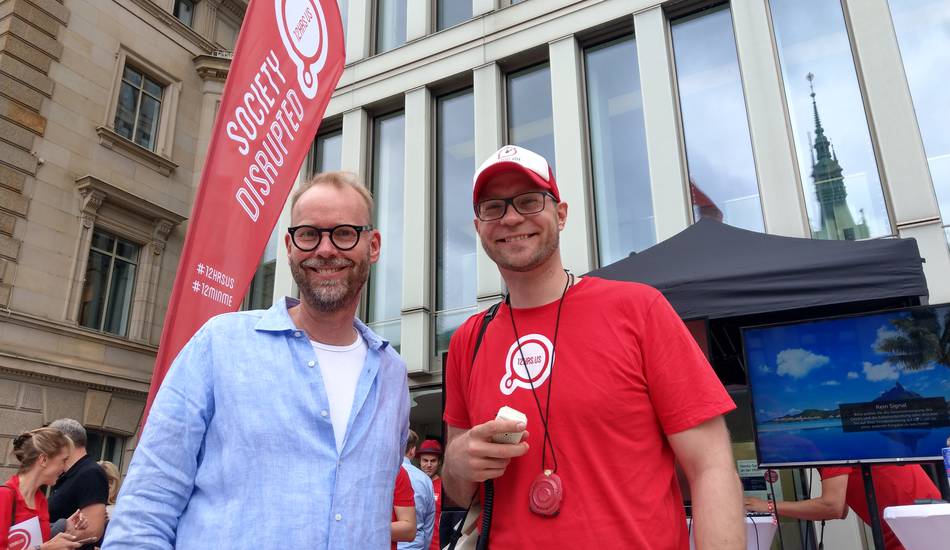 The first 12hrs.us conference held from June 20 and 21, 2019 in the Square, the innovation hub of HSBA and organised by Oliver Rößling, is the latest of several meets focusing on the digital future. Rößling, the brain behind the 12min.me event, which is now held in 30 cities, aims to demystify digitization. The range of conferences on digitalisation from the Hamburg Innovation Summit, Digital Kindergarten to Mind the Progress comes as no surprise given the complexity of the digital future. 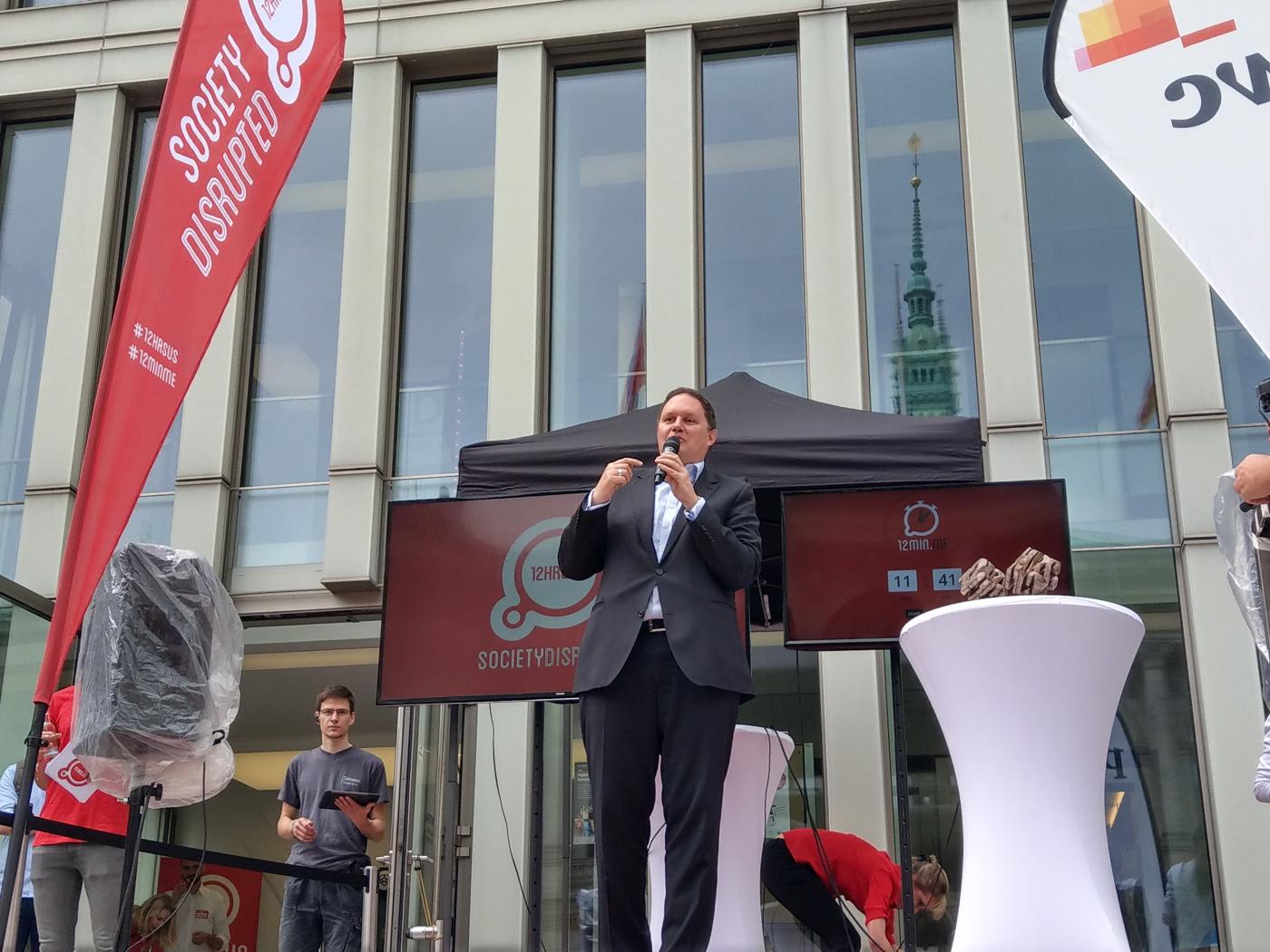 During the opening 12 minutes, Dr. Carsten Brosda, Senator of Culture and the Media, came out in favour of a special European or even German digital path, and noted: “We are seeing two strong currents at present. A future à la Huxley’s ‘Brave New World’ and the Chinese approach according to Orwell’s ‘1984’ in the United States.” But why should we trod down one of these paths when we can shape our own – and learn how to use the diverse opportunities of digital development to everyone’s benefit? Developing such a path can be lots of fun, Brosda believes.

“Motivated, enthusiastic, clever people, who are open to new ideas and are eager to drive innovation forward, but who also question innovations to really understand them are the most powerful drivers of innovation at present,” said Rößling. Hamburg is already on a good path as indicated by the fact that Dr. Uve Samuels, Managing Director of the Hamburg School of Business Administration (HSBA), whom Rößling termed “an equally enthusiastic partner”, has come aboard. “Oliver had the idea, we had the house and the marriage was perfect,” said Samuels. This overlapping co-operation is a key driver of innovation, said Samuels. 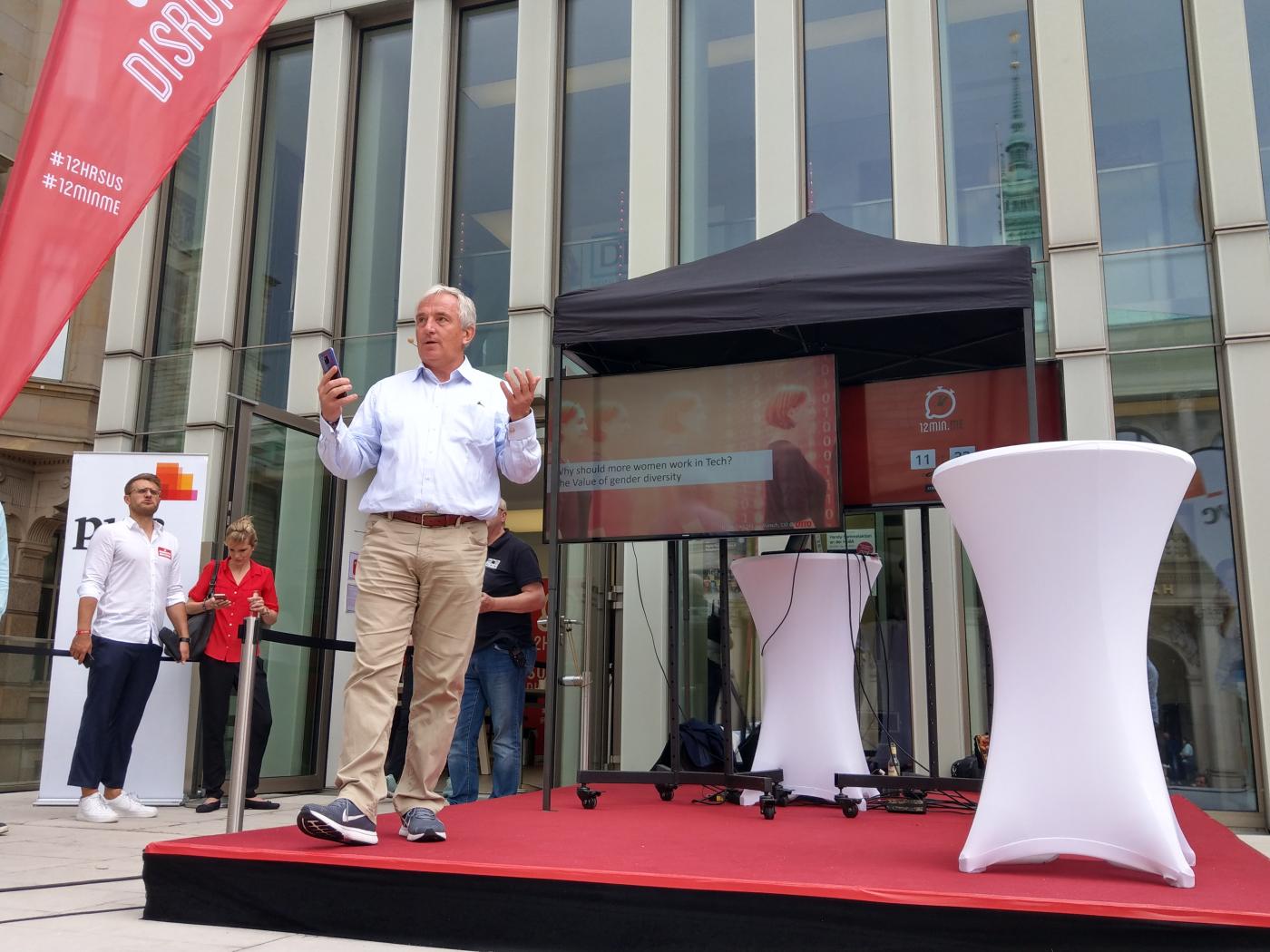 Yet the question of how to deal with all these innovations begs itself. Can we expect a blissful land of milk and honey while machines do the work or will increasing automation trigger unemployment and poverty? Should mankind rely on human morality or the unerring logic of algorithms in future? Human beings and mostly men still programme algorithms, said Dr. Michael Müller-Wünsch, Member of the Otto Management Board for Technology (CI0). Women account for only 17 per cent of German IT specialists, according to a recent Bitcom study. “The share is 25 per cent at Otto, but we’re not satisfied with that yet.” Diversity in the company is being bolstered by e.g. the Develop, coding camp for women organized by Plan F, the company’s network for women, he stressed.

Asked why he, and not a woman, was among the keynote speakers at 12hrs.us, Müller-Wünsch said: “That has to do with reality. More men than women are in management positions, me, for instance. So I’m talking about diversity simply because it’s important and I want to make a difference.” His remarks were in keeping with the conference’s theme of actively shaping the digital future. And although the conference tried to clarify ubiquitous buzzwords and turn confusion into positive energy, the 80 Talks and 15 Panels still contained risky scenarios. Manouchehr Shamsrizi, co-founder of RetroBrain R&D GmbH, believes that technological development has always had a positive effect: “Digitization allows for more democratization, health, education and prosperity.” 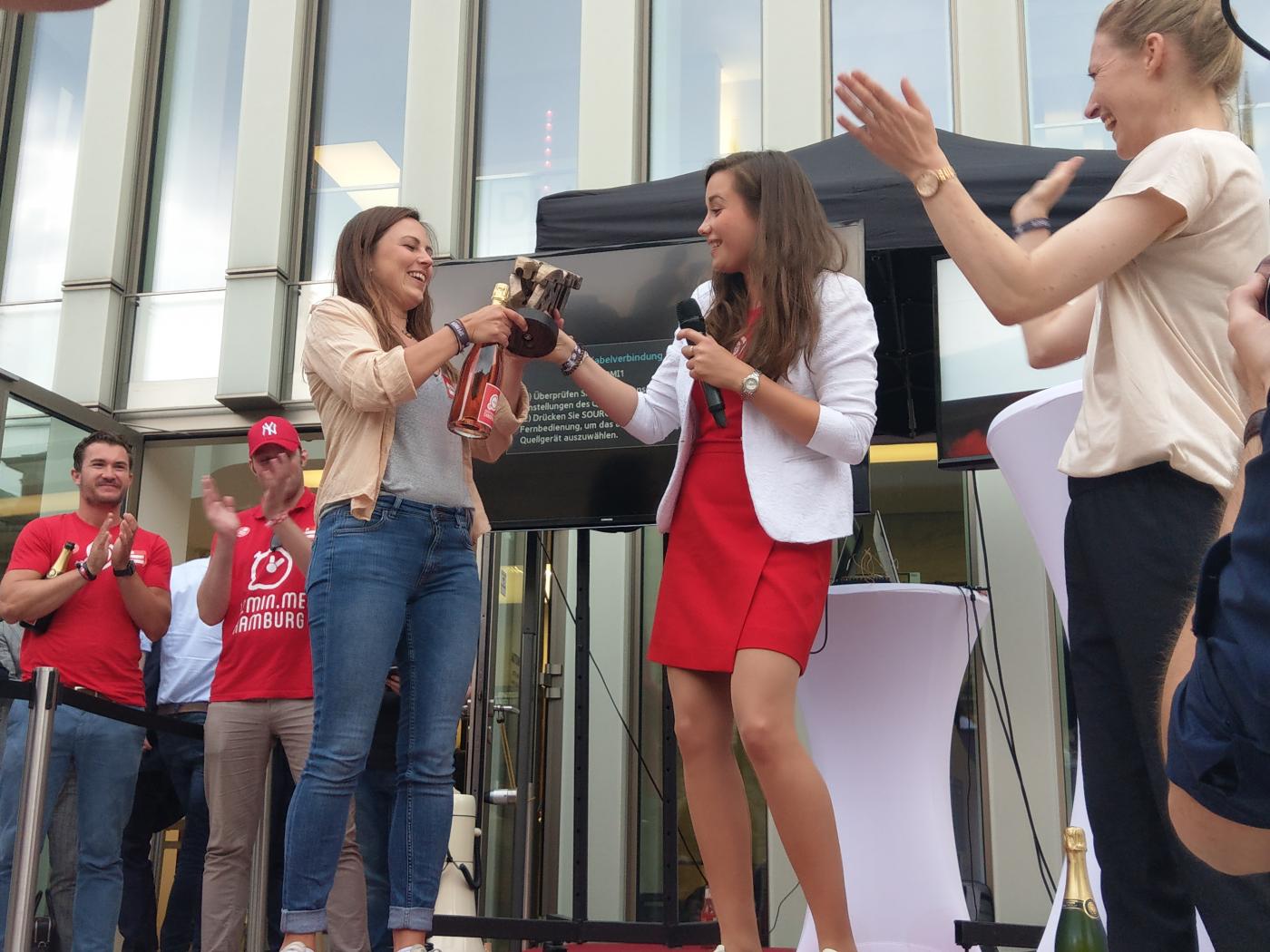 The presentation of the 12hrs.us awards rekindled hopes for the future. One award each was presented to a female and male prizewinner for the degree of innovation and social relevance of their business ideas. Fabian Eckert, co-founder of the Munich-based Recup, won the best founder award for using recyclable coffee cups to slash the mountains of waste caused by paper cups. Hanne Marie Asmussen won the award for best female founder and accepted the specially-designed wooden statue on behalf of the Hamburg-based Localyze. Asmussen, an industrial engineer, Lisa Dahlke, a HR expert and Franziska Löw, a software developer, have come up with a software solution designed to ease recruiting processes and bring talents from all over the world to Hamburg, which would appear to be an excellent idea amid growing shortages of skilled workers.