Stefan Dräger: "Inventiveness in our blood" 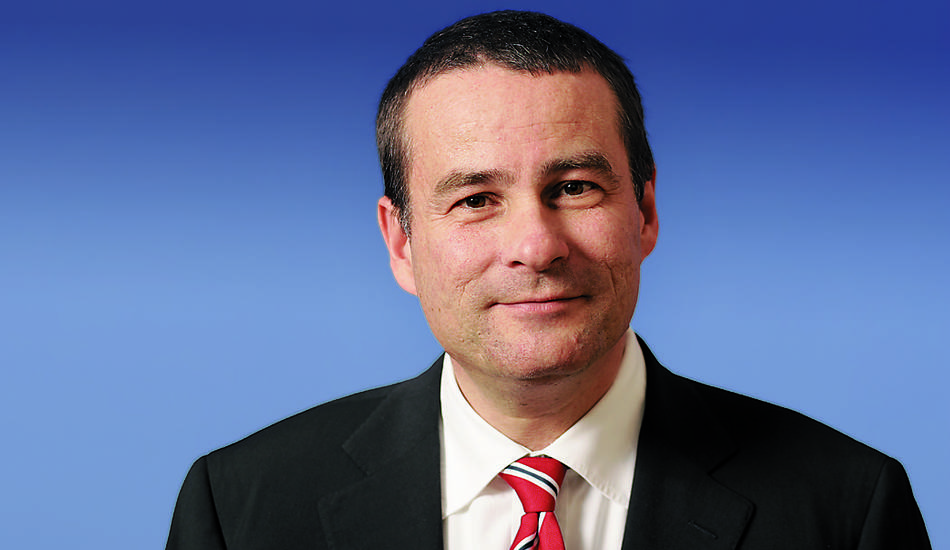 Stefan Dräger, Chairman of the Executive Board of Dräger Medical Verwaltungs AG, talks to Hamburg News in an interview about the company’s new forward-looking factory in Lübeck and the 127-year history of Drägerwerk.

Last spring, Dräger’s new factory in Lübeck began operating on time and within budget. Meanwhile, all the production workers have relocated and Stefan Dräger, Chairman of Drägerwerk Verwaltungs AG, looks back: “Thanks to interlinked production logistics, we had foreseen savings of around EUR 7 million annually. Now, we have already surpassed that benchmark.“ Investments of over EUR 70 million in state-of-the-art production and the logistics centre indicate a clear commitment to Lübeck and generally to Germany as a production centre. Such luck comes amid turbulent times. Dräger noted: “We are currently witnessing decreasing growth in world trade and the global economy. Globalisation appears to have reached a turning point. The eroding prices of raw material have plunged many emerging nations into financial turmoil – including our customers, who have made the greatest contribution to growth over the past years. However, our markets are basically intact and offer good prospects in future.“

“German inventiveness in our blood”

Founded in Lübeck in 1889, Dräger is a leading, international company in the field of medical and safety technology: “We founded our first branch in the U.S. 110 years ago – and have always been global.“ Close customer contacts are key to success, stressed Dräger, adding, “We have set up our global network systematically and continually improved proximity to our customers as many of our innovations occur through co-operation with users.“ The power of innovation is another key to success. “German inventiveness is in our blood,” said Dräger, who is the fifth generation of his family to head up the family-run business. There is no such thing as “can’t be done“ for him. In 1991, Dräger built the company’s first electric car. Nowadays, every member of the board drives a Tesla. And employees eligible for company car can also avail of a Tesla. Dräger’s choice of software indicates its innovative edge, as the firm was one of the first SAP users. An employee participation programme has been effect at the trailblazing firm since 1904.

10 per cent of turnover in developing innovations

In 2015, the company earned around EUR 2.6 billion in turnover, invested some EUR 231 million in research and development and applied for 147 new patents. In 2016, around 10 per cent of turnover went towards developing innovations, expanding sales and new markets. The board of directors recently decided to set up a new subsidiary in the Philippines. Dräger employs over 13,000 staff worldwide and has branches in 190 countries. The company is one of the biggest employers in Schleswig-Holstein with over 5,000 employees in the metropolitan region. Dräger develops anaesthesia workstations for operating theatres, ventilators for intensive care units and patient-monitoring equipment. The company also equips firemen with respiratory protective devices, helmets, thermal imaging cameras and integrated communication systems. “We are the world market leader in breath alcohol test devices,” said Dräger.

Dräger is particularly proud of a product used in mining and building tunnels. “The gadget dates back to 1902. Founders Heinrich Dräger and his son, Bernhard had read about an accident in a mine in the U.S. The trapped miners could not be helped because of the lack of oxygen in the atmosphere. Then, Dräger developed a gadget that allowed people to breathe independently of the outside air – and thus laid the cornerstone of the Dräger men myth. Mining rescue teams in North America are still called ‘Dräger men’”.

The “Regard 7000” for toxic gas detection is an example of Dräger’s innovative products. “The new modular system adjusts to users’ needs. And we are very proud of our new BabyLeo IncuWarmer T500 for the care of premature babies.“ The machine creates ideal micro surroundings for newborns and regulates the temperature, humidity and oxygen values. “Improved, intelligent access makes the change to open care safe – a revolution in the care of premature babies,” he noted. Dräger runs the ”Babyfirst” web page for parents who are often totally unprepared.

Dräger is also keen to improve procedures in hospitals. “Too much effort goes into administrative tasks. It is important to us to change that situation in view of high health care costs and quality aspects. We are working on a concept to link up all medical gadgets.“ That has met with great interest in the U.S. “Our experts were invited to the White House after Barack Obama made digital health his top priority,“ says Dräger, adding, “Meanwhile our concept has become a valid standard under ISO/IEEE 11073”.

Dräger believes: “Digitalisation will link up and connect people even more with each other. Knowledge in the world will grow faster and facilitate even more innovations. Today, we are already experiencing things that we did not even dream of ten years ago. That’s inspiring and I’m looking forward to the future. Personally, I am looking forward to the decarbonisation of the world economy.“ Stefan Dräger, 53, has used a heat pump with borehole heat exchangers for over 30 years and has lived in a CO2 neutral house for 20 years.
pb

Founded in 1889 by Johann Heinrich Dräger and Carl Adolf Gerling as Dräger & Gerling and headquartered in Lübeck, the company is now a leading international player in medical and safety technology with branches in over 190 countries. Dräger has production and development sites in Germany, Britain, Norway, Sweden, South Africa, the U.S., Brazil, Chile, the Czech Republic and China. In 1979, Dräger became a publicly-listed company and is now a TecDax listed firm.