Pierdrei - hotel with a difference 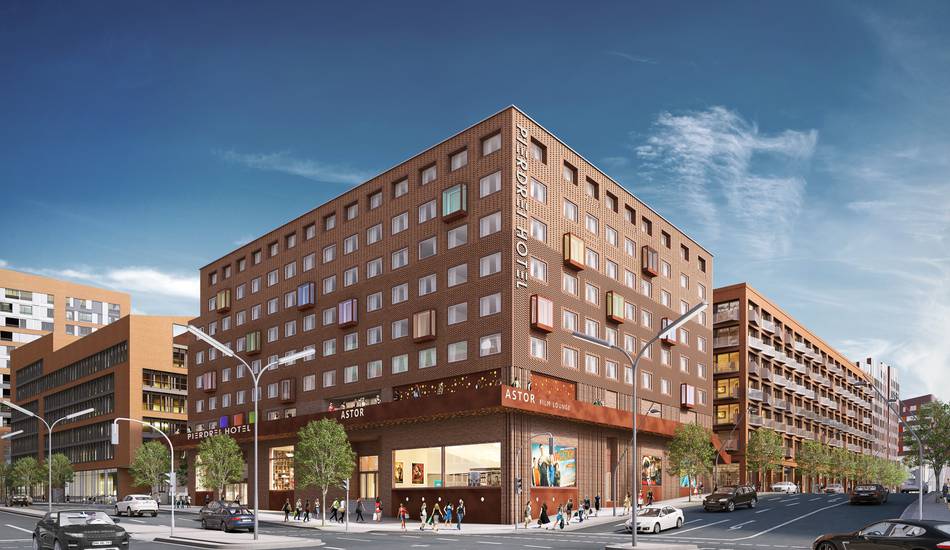 The stated aim of the hoteliers is to turn the Pierdrei hotel into a vibrant centre of outstanding experiences bang in the middle of HafenCity. Naturally, this has sent expectations soaring. Although everything is not fully ready at the start of the “Soft Opening” phase, the people of Hamburg residents and tourists are getting first impressions at Am Sandtorkai.

The lobby has been kept largely green, reflecting the Speicherstadt opposite with its verdigris roofs. The first of 71 dioramas spread across building is in the lobby. These mini display cabinets show imaginative scenes e.g. a goldfish preparing to swallow a shark! Miniatur Wunderland has supplied the models and landscapes as the company is the third pillar of Pierdrei (literally: Pier Three), along with hotelier Kai Hollmann, and Norbert Aust, Cultural Manager.

The number three, as well as a play on perspectives, is a theme throughout the building. Walls and furniture constructed at an incline in the 212 rooms make for a feeling of space. Three peepholes cut vertically in the hotel room door open up a view into the hallway even for tots. The rooms are available from EUR 80 upwards with prices varying according to occupancy rates. Pierdrei has set aside 200 square metres in the Racker Room for the little ones. A Kids Entertainment Coach entertains youngsters from the age of 4 – 10 and over and is exclusively for hotel guests. “Little attention is paid to children and young people in many hotels with the result that they are bored when their parents want to enjoy a pleasant evening without them for a change. That won’t happen with us. After all, we are just big kids ourselves and have good ideas on how to have fun,” said Gerrit Braun, of Miniatur Wunderland. 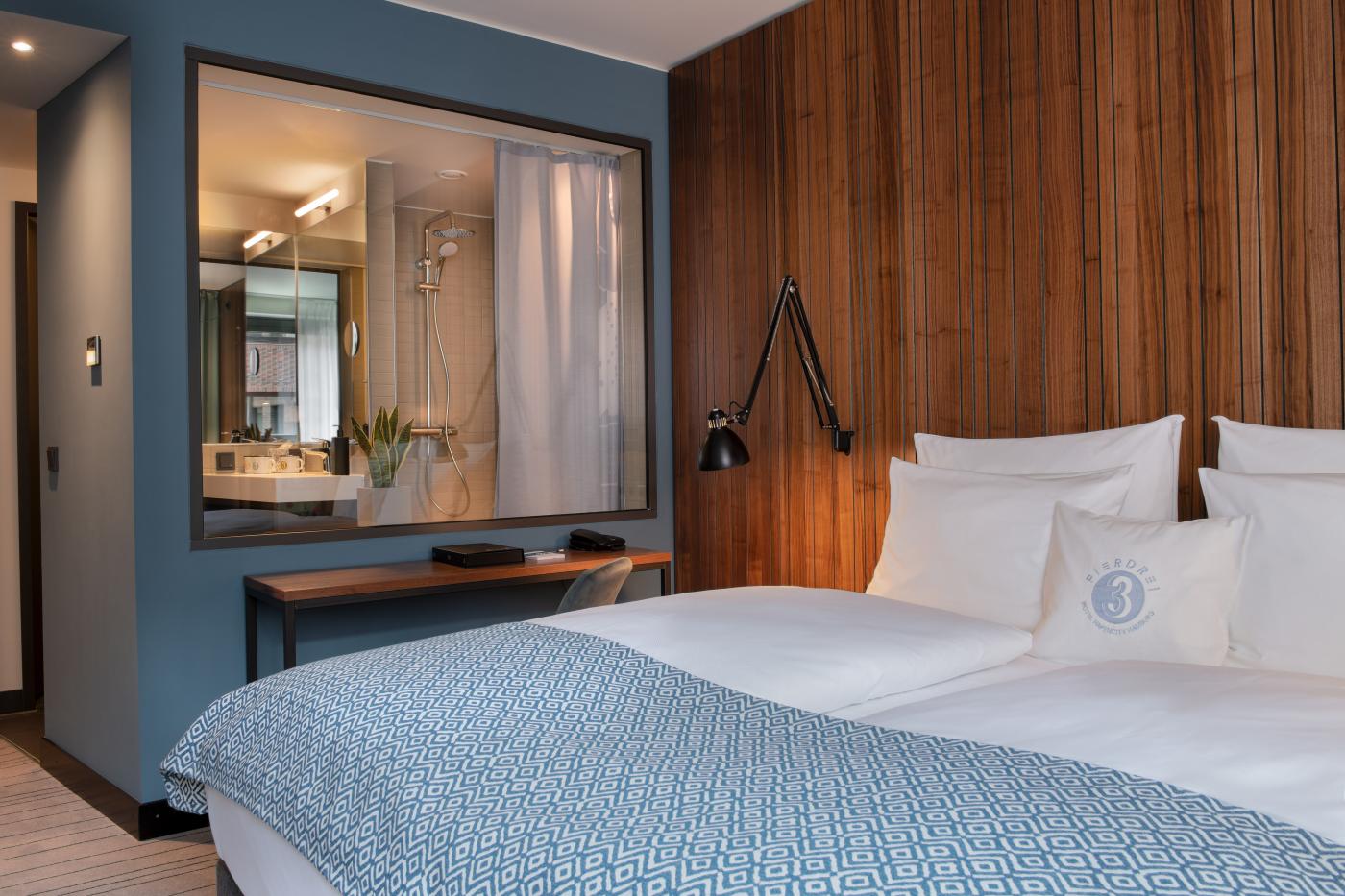 Assembling the best tastes under one roof

Chef Markus van Doorn has crisscrossed Asia to offer a pleasant evening to the parents. Street-food, restaurants and bars all over the world have inspired Pierdrei’s restaurant culminating in a two-part menu. The first part is based on trips undertaken by the kitchen team every year – currently under the rubric “Kitchen goes Asia”. The most popular courses then migrate to the second part called “Kitchen Classics”, which is devoted to international cuisine in general. “We have created a space with these ‘kitchens’ where the best tastes from all over the world have been assembled in Hamburg,” said Sebastian Drechsler, co-founder.

A lofty campsite is one of many surprises at Pierdrei. “We bought iconic caravans that now await guests seven metres up,” said Frederik Braun. And guests are keen to try them out. A number of reservations have already come in for the unusual location, which can be booked from April 2020. The first applications for the in-house stage have already arrived. “Our small port stage is not only a venue for concerts, lectures and small-scale productions, but also one of the most creative and special venues for meeting and putting on events in Hamburg,” Aust believes. The hotelier’s priority was to create a space that offers accommodation to the adventurous traveller and which becomes a real part of the neighbourhood, Hollmann insisted: “We are aiming to create a space full of life, not just for our guests from Germany and abroad, but also for Hamburg and its residents.” The hotel is due to open officially in October.
ys/rm/pb

After more than five years in the planning and two years of building, the Pierdrei Hotel in Hamburg’s HafenCity launched its “Soft Opening” phase in September. The driving forces behind the project are hotelier Kai Hollmann and cultural manager Norbert Aust, along with Miniatur Wunderland brothers Frederik and Gerrit Braun as well as Sebastian Drechsler. The hotel has 212 rooms on offer in five categories, from small up to extra large. 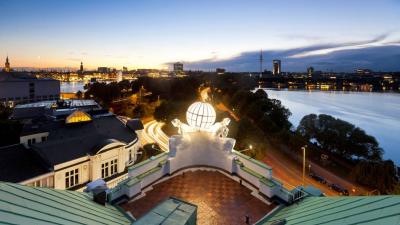 Hamburg has ten hotels in the German Hotel and Restaurants Association (DEHOGA) five-star category. Some of these hotels...